ANGRY relatives of two teenage boys screamed abuse at an old age predator in court after hearing how he had groomed the pair by plying them with drink before sexually abusing them at his home. 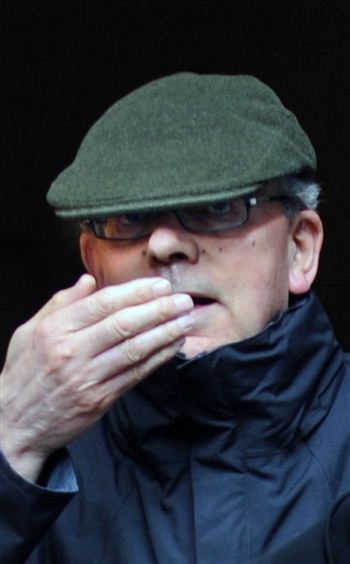 Joseph Johnstone, 67, snared one 15-year-old victim by inviting him in for tea and biscuits in May last year.

He then targeted his friend of the same age after being introduced later.

The paedophile originally told cops that the boys were PSYCHIC and that he was interpreting their dreams.

And even after the distraught children told what was going on the sick pervert insisted they had asked him to perform sex acts on them.

Johnstone was caught after one of the boy’s worried mums turned-up at his home and found her son in his lair.

Vile Johnstone was slapped on the sex offenders register after he admitted two charges of committing an act of gross indecency with a child.

Miss Ward said that around May last year the first boy met Johnstone as he was doing deliveries in the area and the pensioner invited him into his home.

She said: “After a while the accused invited him in for 10 minutes at a time to offer tea, biscuits and so on.

“After a while that moved on to alcohol.

“It appeared to the boy that he was friends to the now accused and he would visit often and other youths would visit.”

She explained how the second boy was introduced by the first, lured by treats.

She said: “They both went to visit to have the tea and biscuits and whatever. There is this building up of a relationship between this 67-year-old man and these 15-year-old boys.”

She said: “On one occasion in May last year when both the complainers attended at the address the accused supplied them with alcohol to the extent that they became quite drunk.

She added: “This all came to light on June 20 last year as the mother of the second boy was under the impression that her son was staying overnight at a friend’s house and she then tried to contact him at the address that she thought he was staying at.

Miss Ward said that since the incidents one of the boys said he wanted to kill himself.

She said: “It is quite clear that both parents are extremely distressed in relation to this incident and as I understand it the complainer in charge one has expressed suicidal thoughts.

“Both these children do have vulnerabilities in addition to their age.”

After Johnstone was caught, the bleating pervert blamed the lads themselves during interviews with police.

But when asked about the pornography and the sex, Johnstone admitted what had went on but insisted the boys had asked him to abuse them.

“He then also admitted that he had performed oral sex on the complainers in charge one and charge two but he stated that both the boys had requested this.”

Johnstone’s lawyer, Paul Dunne said he would wait until sentencing to speak on his client’s behalf.

But Sheriff Alistair Noble warned him that the offences were serious but continued Johnstone’s bail while reports into his background are prepared.

Sheriff Noble said: “Obviously the gravity of the charges is self evident.”

Johnstone was bailed before sentence next month amid angry shouts from the boys’ families who were escorted from the court in tears while police officers led the pervert out a back door.

Now living in Erskine Way, Shotts, he was placed on the sex offenders register.