A FAR-right English Defence League supporter who travelled to Edinburgh looking for a fight during an anti-Nazi demonstration has been fined £500.

Scott Buchan tried to break through a human barrier of police officers guarding a 2,000 people-strong march by the anti-fascist group Scotland United.

The 23 year-old was arrested for breach of the peace on Edinburgh’s Royal Mile last month and spent two nights in police cells.

Sheriff Frank Crowe hit out at Englishman Buchan today (Thursday) for stirring up trouble in “a tense situation.”

He told him: “We have enough trouble in this city without you coming up and causing trouble.”

Hundreds of police officers were deployed across the capital on 20 February amid fears the rival rallies could clash.

The Scottish and English Defence League members were drinking in the High Street’s Bank Bar at 11.30am according to fiscal depute Graham Fraser.

He previously told Edinburgh Sheriff Court: “There was a public order situation in Edinburgh on Saturday because of a rally by the Scotland United group and a counter demonstration by an organisation known as the Scottish and English Defence League.

“Police were deployed on the High Street near the Bank Bar as there was some anticipation that members of the Scottish and English Defence League were within the bar drinking.”

As the Scotland United rally passed the pub, EDL members spilled out onto the street. 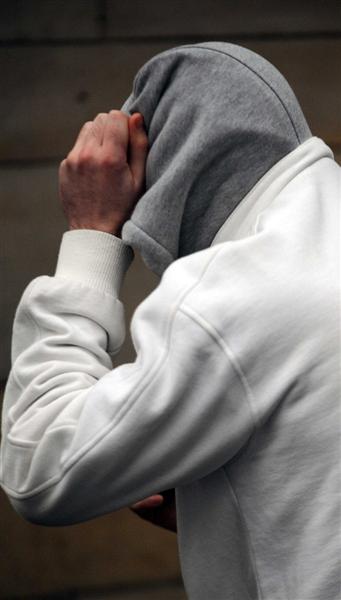 Some were ushered away, but Buchan began shouting at the demonstrators and hitting police officers.

Mr Fraser added: “The accused was among the Scottish and English Defence League supporters and was deliberately bumping into police officers.

“He walked into the road in front of cars and then shouted, “f***ing come on then.”

“This was directed at the rival supporters and police.

“The situation escalated into a violent one and the accused was looking for a fight.

“He was accordingly arrested.

“This is a very busy street in the centre of Edinburgh with a significant number of tourists even at this time of the year and it was an unattractive and unpleasant experience for them.

“He clearly intended to cause disruption.”

Window-fitter Buchan, of Aylesbury in Buckinghamshire, then spent two nights in cells at St Leonard’s Police Station before appearing in court.

He pled guilty to breach of the peace and was ordered to report to his local police station in England every week.

He said: “He spent two nights in custody for his trouble and has travelled up from England overnight at considerable expense.

“It is fair to say it was a fairly unsavoury incident and he now realises that.

“He is a full-time window fitter earning £300 per week and has a partner and a two year-old child to support, with another one on the way.”

Fining Buchan £500, Sheriff Crowe said: “We have enough trouble in this city without you coming up and causing trouble.

“You are entitled to protest if you are concerned about issues and make your views known to other people.

“But in this country you were committing a breach of the peace by persistently misbehaving in a very tense situation.”

Two other men arrested during the demonstrations are also due to be sentenced this month.