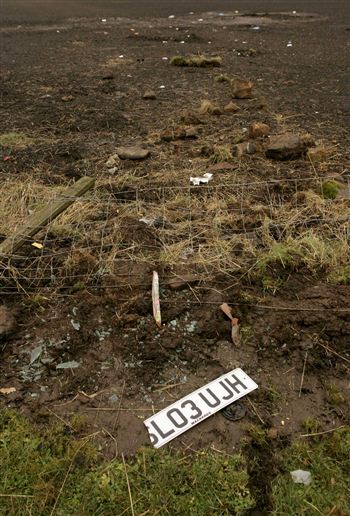 THREE women have been charged with traffic-related offences after the car they were travelling in careered off a road and landed in a field.

The Fiat Punto went though a fence and came to a standstill in a field 30 metres from Gilmerton Station Road in Edinburgh.

All three women were thrown from the vehicle during the crash and according to the fire service suffered severe spinal injuries.

Two males travelling in the car were also seriously injured in the incident, with fire crews using cutting equipment to free one trapped in the back seat.

All five were rushed to the Edinburgh Royal Infirmary after seven ambulance crews were called to the scene.

The incident occurred around 11.30pm on Sunday night, with the casualties reaching the nearby city hospital by 12.30am yesterday (Monday).

Last night a Lothian and Borders Police spokesman confirmed that a 26-year-old woman has been charged with a number of driving offences.

Two women, 25 and 27, have been charged with failing to identify the driver of the vehicle.

Police have appealed for anyone who was in the area or who may have any information about the crash to come forward.

A spokesman for Lothian and Borders Fire and Rescue added: “We used cutting equipment to free a male casualty trapped in the rear of the car.

“Three female casualties had been thrown clear of the vehicle. A further male was treated for injuries by paramedics.

A spokesman for the Scottish Ambulance Service said: “We sent seven ambulances to the scene of the incident at 11.30pm yesterday.

“We conveyed multiple casualties with multiple injuries to the ERI. All patients were in their mid-20s.” 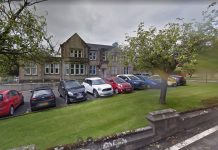