SUSAN Boyle’s Britain’s Got Talent debut is the nation’s most emotional reality TV moment, a survey has said.

SuBo wowed the BGT judges and captured the heart of the nation with her rendition of I Dreamed  a Dream, almost one year ago. 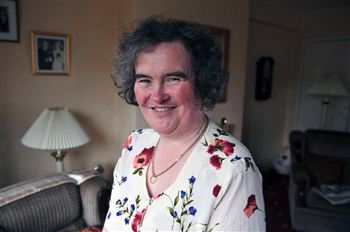 Now the 49-year-old ‘s performance has been voted the biggest reality TV tear-jerker, beating others like Alexandra Burke’s duet with Beyonce on the X-Factor to top spot.

And the survey – by Freeview to help launch HDTV – revealed that men were more likely to shed a tear at the Hairy Angel than at the tribulations their football team.

Overall nine out of 10 people in Scotland get upset while watching television, with soaps dominating the top emotional moments.

Number one was the final episode of Friends while on-screen deaths of Eastenders’ Bradley Brannan and Corrie’s Vera Duckworth were also in the top 10.

The last charge of Baldrick and George along with Rowan Atkinson’s title character in Blackadder Goes Forth was voted as the second most stirring moment in TV history.

Overall one in eight people admitted weeping along with their favourite soap.

But surprisingly more than twice as many people in Scotland (7.3 per cent) filled-up when watching reality TV than sports (2.8 per cent).

And more men (8.2 per cent) got upset while watching the likes of SuBo than those tuning into heartbreaking moments for their favourite teams.

However almost half (48 per cent) of Scots insist the overriding emotion while watching Big Brother, the X-Factor or Come Dine With Me was anger.

Freeview Managing Director Ilse Howling said: “TV has the unique ability to stir the nation’s emotions and with the stunning detail of HD, viewers can look forward to many more memorable TV moments with Freeview HD.”

Susan, from Blackburn, West Lothian, has had a meteoric rise to fame in her first year in the public eye.

The spinster has come a long way from her quiet life with her cat Pebbles last April.

Clips of her have been viewed on YouTube more than 347million times.

She’s been interviewed by Oprah Winfrey and dueted with her idol Elaine Paige.

SuBo’s become nervous about her security and a man was arrested for breaking into her house and has recently registered interest in a move to a plush new pad. 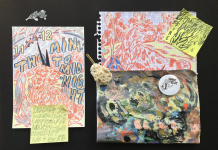