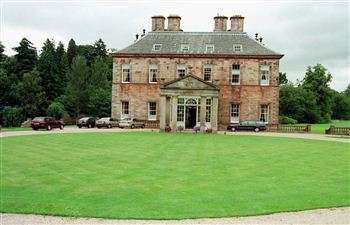 SCOTLAND’S most expensive mansion has had £3million knocked off the asking price – but it still costs £12million.

The 14 bedroom Yester Estate house has failed to attract a single bidder during two years on the market.

Anna Thomas, assistant director of Savills, the property’s selling agent, said that they have received a number of enquiries about the site, although no-one has yet made an offer.

She said: “It is still available and we are open to offers.

“It is one of the great houses of Scotland and it is a very private property with great architectural significance.”

Yester House was designed by James Smith and Alexander McGill and built between 1699 and 1728.

It was modified in the 1970s and was later bought by then opera star Menotti.

But one property expert predicts the multi-million pound estate could still be on the market in six months’ time.

Estate agent Leslie Deans said the top end of the market across is struggling nationwide.

He said: “While I wish the owners all the best, and admit the property must be very special to be priced as it is, the reality is that there are not many people in the marketplace who can pay £12 million.”

Mr Deans, a former Hearts FC chairman, said that although the property market had picked up considerably in the past six weeks, improvements were only being seen in the £250,000 to £400,000 area.

He added: “I think there is only a tiny number of people based elsewhere looking at the top of the market in Scotland – and this is the very top.

“Again, I wish the owners all the best, but I would not be surprised if this property is not sold in six months’ time.”

What are the advantages of RTB