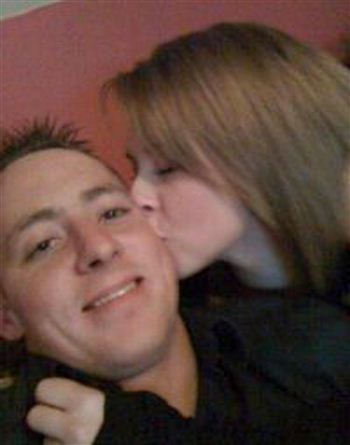 FRIENDS and family have paid tribute to an off-duty soldier who died after a fall from a bicycle rickshaw while on a night out to celebrate his birthday.

Chris O’Kane was on Easter leave in when he suffered severe head injuries after a freak fall in the early hours of Sunday morning.

The 26-year-old died in hospital in Edinburgh on Monday morning with his family at his bedside.

Last night his shocked auntie Georgina Naylor described him as an “angel” and a “hero” who had survived the battlefields of Iraq and Afghanistan.

She said: “He just lost his footing, fell backwards and suffered a serious head injury from which he didn’t recover.

“He was an angel, a hero to his family and will be sadly missed.”

“For him to have gone to Afghanistan and Iraq and miss bullets, mines and bombs, then have his head smashed by a pavement in a fall is beyond us.”

Chris, a corporal in the Royal Electrical and Mechanical Engineers, was rushed to Edinburgh Royal Infirmary after celebrating his birthday, which was April 1, with friends.

He fell from a pedicab in the Festival Square area of the city’s Lothian Road at around 2.20am.

Chris, who had been with the army for nine years, was based at Southampton with 17 Port and Maritime Regiment and had been visiting his family in Scotland when the accident happened.

Yesterday tributes from the soldier’s friends were pouring into his profile on Facebook.

After learning of the incident Eddie McNaughton wrote on Sunday: “Everyone pray together for Chris. Hope it makes it through – a well loved guy.”

Another friend, Holly Napier, wrote: “Miss you so much Chris. You’re the best and you’re the joker. To me you’ll never die.”

And Joanne Humphrey said: “Can’t believe it. What a cruel world we live in. Why do the good die young?”

The soldier – known as Spud – lived in Southampton but had grown up in East Lothian, attending Preston Lodge High School in Prestonpans.

His Facebook page says he was training to be a fitness instructor and had recently tried to get into modeling.

He was in a relationship with Laura Walker, who is believed to live in Southampton.

Since the incident Edinburgh City Council has pledged to carry out a review of the city’s rickshaw trade, which are not currently licensed as taxi cabs are.

However, drivers do need to undergo a criminal record check and must possess a street traders’ licence.

Council Colin Keir, chair of the council’s regulations committee, said that the rules for pedicabs operating in the city need to be more “robust”.

He said: “I would not want to comment on this particular incident.

“However, it is my intention to bring forward a review of how these things are licensed.

“I’m going to get officers to look at the legislation and how we can make it more robust.

“Hopefully it’s something we can tighten up.”

Councillor Mark McInnes, city’s Conservative transport spokesman, said: “The council needs to be proactive like it would be with any other form of transport as we’ve now seen, very sadly, how accidents can happen.”