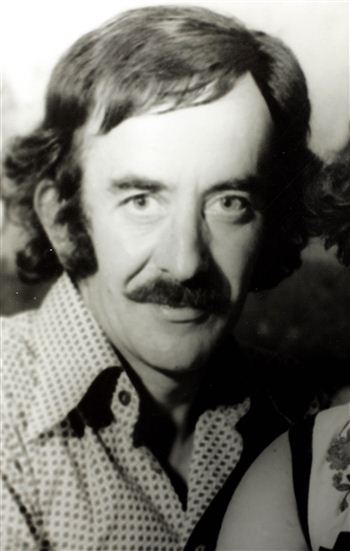 THE Girl Guides are under fire after admitting they are considering accepting a half-million pound donation left to them in a will – by a man who raped his own daughter during an 18-year campaign of abuse.

Society photographer Reginald Forester-Smith – who made him name in the 1970s snapping the likes of racing driver Sir Jackie Stewart and even the Queen – was eventually jailed for the vile attacks.

His high-flying career was left in tatters when his brave daughter exposed his evil 18-year campaign of sickening abuse.

Tori Dante was instrumental in having her father sentenced to eight years in prison at the High Court in Edinburgh in August 1999.

She insisted she would not press charges if he apologised for the abuse, but instead he accused her of making up lies.

Now he has taken his grudge to the grave – shunning her completely from his £1,057,970 will and bequeathing it to charity.

But the Girl Guides – who would be the main beneficiary – last night came under attack for even consider taking the “toxic” legacy.

A close family friend – who cannot be named – hit out at Forester-Smith’s decision, saying Girl Guiding Scotland should refuse the cash.

He said: “This is a toxic bequest from a man who has been tried and convicted of abusing his daughter.

“This is an organisation which promotes the interests of young girls and has at their core a philosophy of upholding moral values of young people.

“Why have they accepted a large bequest from a convicted child sex abuser?

“The evilness of that man beggars belief.

“The family knew the will was coming and nobody expected any favours considering he refused to apologise for what he did.

“But to leave it to the Girl Guides is nothing but a sick gesture to his own family.”

In a statement Girl Guiding Scotland admitted that they were still considering what to do with the money.

They said: “We are aware of the legacy left to Guiding, in memory of Mrs Forester-Smith.

“The matter is currently in the hands of the executors going through the legal administrative process.

“As such it would be inappropriate for us to comment.”

Asked if they thought it appropriate to even consider taking the money, they refused to be drawn any further.

The will was only made public this week and shows two other charities – MacMillan Cancer Support and Cancer Research – were left £312,291 each.

Forester-Smith’s son Michael and three friends will also share £17,000 from his will, signed on 16 May 2005 by its sole executor, solicitor Stewart Graham.

But the biggest bulk of his cash – £416,388 – has been controversially donated to the Dumfries branch of the Girl Guides.

Victim Tori’s late mother Sheena, who died of cancer in 2001, was known in the area for hosting annual Girl Guide camps at their plush Luce Estate mansion in Annan, Dumfries.

Tori, now aged 42 with her own children, is rebuilding her life after waiving her anonymity as a victim of sexual abuse to write a book.

Her story, Our Little Secret, was published in 2002 and is a shockingly detailed account of her evil father’s controlling ways during her childhood.

She told how her mother rejected her and stood by her husband even after his release from prison in 2005.

She said: “Try as I might, I could not get my mother to agree to support me, her own flesh and blood.

“Her rejection, in favour of standing by my father, was extremely hurtful and made me feel as though I had no parents at all.”

Growing up on the plush estate, Tori was abused from the age of five and bribed by her father who gave her ponies and money to keep quiet.

In her book, Tori described how “all my life I’d been made to suffer for something that wasn’t my fault; forgiveness certainly wasn’t on my agenda.”

She said his attacks, which began in 1967 and carried on until 1985, left her feeling “cheap and dirty.”

Having moved out in the 1990s, Tori found religion and a supportive husband.

She bravely confronted her father over her harrowing childhood, seeking nothing more than an apology.

She said: “He coldly replied that he had done nothing and accused me of telling lies.”

The courageous decision to take her own father to the High Court ultimately paid off, with Forester-Smith found unanimously guilty on eight charges.

He was convicted just a stone’s throw away from the city’s Faculty of Advocates where one of his photos of a former Lord Justice General hangs on the walls.

Forester-Smith was said to have had “little insight into the harm” he caused, according to Judge Lord Kingarth.

Now living in Manchester, Tori declined to comment on being left out of her late father’s will, written shortly before his death in July 2009.