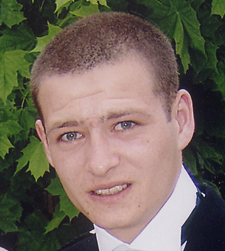 A DEVASTATED father has paid tribute to his “happy and laid back” son after he was stabbed to death on Thursday.

Alan Hunter, 25, was found bleeding in the streets of Whitburn after an incident in the West Lothian town’s Townhead Gardens.

The dad-of-one was raced to Wishaw General Hospital and underwent six hours of surgery but lost his fight for life on Friday morning with his family around him.

Choking back tears, his dad John said: “It’s a waste of a life. I just can’t get my head round it right now. Everybody is just trying to get their head around it. I just feel so sad and angry.

“He had emergency surgery from half three to 11pm on the night it happened. The doctors told us we just had to take it minute by minute. He was fighting but that was it.

“We were with him until the end but he never woke up.”

Electroplater John, 44, said he was still to formally identify his son’s body and added that the family faced an anxious wait to see if they can bury their boy with a murder inquiry still going on.

Speaking at his home in Livingston, he said: “The police aren’t saying too much at the moment. We have to go to Edinburgh to formally identify the body, it is going to be tough but it has got to be done.

“Because there is a murder inquiry the police can’t tell us anything, I think he will probably have to get a post mortem but we are allowed to contact the undertaker.

“But how do you arrange a funeral for a 25-year-old when you have never spoken about it? No parent should be burying their son.”

John said that his ex-wife, Alan’s mum Pauline, contacted him with the devastating news that their child had been stabbed. He raced home to collect Alan’s step-mum Margaret before going on to hospital.

He said: “I got a phone call at my work from my ex-wife. I just dropped everything and left and came home to get Margaret and we went to St John’s only to be told he was in Wishaw.”

After an anxious wait the family were able to sit with Alan until he passed away on Friday morning, leaving them shattered.

John added: “His sister Lisa is in New Zealand and I have spoken to her on the phone and she is devastated and trying to get home.

“He was just a happy kid as a youngster. He liked Celtic and liked music, he was so laid back.

“There was not a bad bone in his body, he would rather run away from trouble. He was a young, happy boy.”

Hairdresser Margaret, 39, said: “He was a happy wee laddie and felt just like one of my own.”

Police said they were called to the Townhead Gardens area after 11am on Thursday morning following reports of an assault.

Nearby schools were closed while officers scoured the area for clues before making two arrests. However they are still appealing for witnesses to come forward as they piece together what happened.

A police spokesperson said: “Officers investigating this incident have had a good response from the local community so far, but we are still appealing for any witnesses to come forward, to establish exactly what happened.

“We are now asking for anyone else who may have been in the area at the time, and who may have seen something suspicious, to get in touch with us a matter of urgency.”

A man and a woman, aged 32 and 21, are due to appear at Livingston Sheriff Court tomorrow. 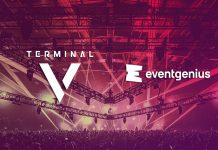 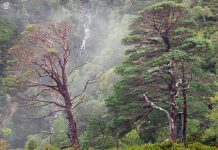