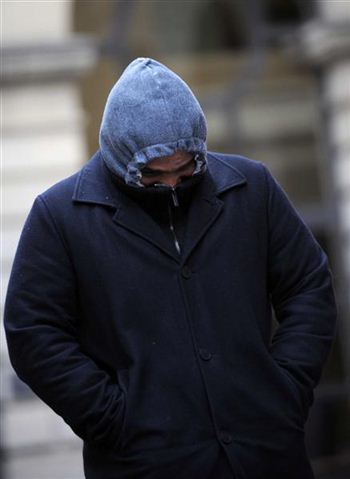 A COSTCUTTER boss duped the Royal Bank of Scotland into paying £93,000 into his account after he exploited their cash envelope deposit scheme.

Sri Lanka-born Senthuran Gopalakrishnan, 31, wrote that there was £155,000 on the front of the bank’s Fast Cash business deposit wallets.

In fact he had actually only deposited £62,000, but staff at the Edinburgh bank didn’t notice the shortfall until five days later after it had been registered.

By the time the crime was reported, Gopalakrishnan – who holds Danish citizenship – had fled the country.

The £93,000 has never been recovered and today (Tuesday) Gopalakrishnan pled guilty to fraud at Edinburgh Sheriff Court.

Prosecutor Gerard Drugan said: “It is interesting how the offence was committed.

“He was a franchise owner of a Costcutter store throughout last summer.

“The bank take it at face value”

Mr Drugan added: “With the Fast Cash system, the bank take it at face value that what is written is the amount inside and credit the account with that cash.

His defence agent Paul Dunne reserved an explanation until sentencing.

Sheriff James Scott called for background reports and released Gopalakrishnan until June when he will be sentenced.