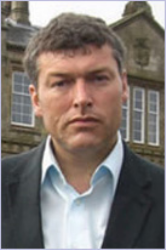 A TORY candidate suspended by the party for a homophobic attack on gays will still appear to be standing for the party on ballot papers on May 6 – because it is too late to have his name removed.

Philip Lardner was axed by the party as their candidate for North Ayrshire and Arran yesterday after he had claimed “most” people agreed with his view that homosexuality is not “normal”.

But last night a spokeswoman for the Electoral Commission UK confirmed that it was too late to remove Lardner’s name from the ballot papers – and that the Conservative Party cannot now select another candidate.

She said: “Parties cannot remove a candidate from the ballot paper at this time, nor can they deselect a candidate.

“They also cannot remove their logo or emblem from next to the candidate’s name, and whoever was listed as the candidate when nominations closed last Tuesday will remain on the ballot papers.

“The important thing for voters to remember is that they are casting their vote for an individual candidate, not a party, regardless of the logos or emblems featured on the ballot paper.”

A spokeswoman for North Ayrshire Council, whose chief executive will act as returning officer for the constituency, also confirmed that no changes can be made to the ballot papers before the election.

It comes as a huge embarrassment to the party which will now fear a backlash after his comments were forwarded, tweeted and commented on across the political divide on sites such as Twitter, Facebook and by political bloggers.

In a section on his campaign website, which was removed yesterday afternoon, Philip Lardner stated: “I will always support the rights of homosexuals to be treated within concepts of (common-sense) equality and respect, and defend their rights to choose to live the way they want in private, but I will not accept that their behaviour is ‘normal’ or encourage children to indulge in it.

“The promotion of homosexuality by public bodies (as per ‘clause 28’/section 2a in Scotland,) was correctly outlawed by Mrs Thatcher’s government.

“Toleration and understanding is one thing, but state-promotion of homosexuality is quite another.

“Why should Christian churches be forced by the government to employ homosexuals as ‘ministers’ against all that the Bible teaches?

“They are being forced by the government to betray their mission – would the Equality and Human Rights Commission be fined for refusing a job to Nick Griffin?

“Christians (and most of the population) believe homosexuality to be somewhere between ‘unfortunate’ and simply ‘wrong’ and they should not be penalised for politely saying so – good manners count too, of course.

“The current ‘law’ is wrong and must be overturned in the interests of freedom as well as Christian values.”

A spokeswoman for the Conservative Party confirmed Lardner had been suspended with immediate effect.

She added: “These views are not those of the Conservative Party and we do not condone them.”

And last night Labour Europe minister Chris Bryant, who is gay, called for Lardner to be expelled from the Tory party.

He said: “This really is a case of Walking with Dinosaurs.

“What world is this man living on? You can’t promote homosexuality like a brand of washing powder.

“This candidate should be removed from his party. But if previous occasions are anything to go on it seems David Cameron would rather tolerate homophobia in his own ranks.”

Lardner, who previously stood for Paisley & Renfrewshire North in 2005, previously came under fire two years ago after he said that Ian Smith, the former leader of Rhodesia, was his hero.

He has also previously defended Enoch Powell, saying that the former shadow Conservative minister, who was sacked after the infamous ‘rivers of blood’ speech, had been right “in a small way” on immigration. 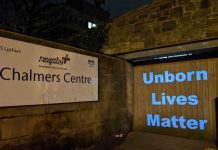 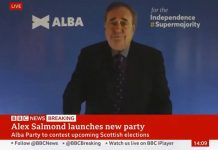 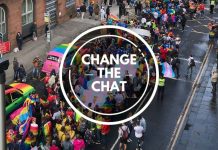