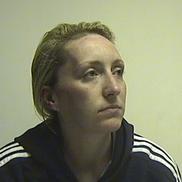 A WOMAN was has been found guilty of shooting her boyfriend in the head, killing him on his doorstep.

Her brother Paul was cleared of the killing but found guilty of trying to cover up the slaying.

A jury of nine women and six men took four hours to unanimously find Caroline guilty of murder, possession of a firearm and attempting to defeat the ends of justice.

Paul was convicted of possession of a banned firearm and of burying the murder weapon.

As the jury’s spokeswoman read out their murder charge verdict a packed courtroom at the High Court in Edinburgh erupted into chaos.

“An act of great wickedness” 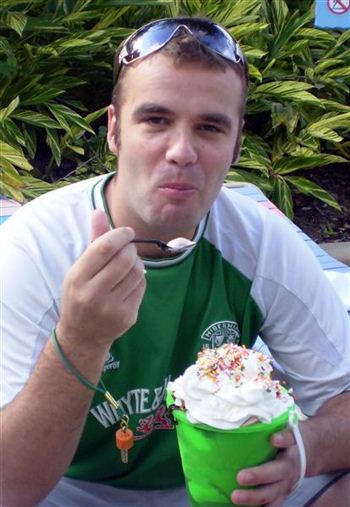 A large police presence was needed to keep the two factions separate and several members of the Igoe family were ejected.

Both will now be sentenced on May 27.

Summing up the verdict Judge Lord Bracadale told Caroline she will be jailed for life.

Lord Bracadale told her: “The jury have found you guilty of murdering Martyn Barclay by shooting him in the head with a hand gun in a public street in Edinburgh.

“On any view that was an act of great wickedness.”

In a statement afterwards, Barclay’s traumatised family said: “We have been through a long and emotionally exhausting 15 months waiting for this day and we are delighted with the verdict the jury has reached.

“We are satisfied that justice has been done today for Martyn’s young son, Michael, and the rest of the family.

“All of us were devastated by his loss.

“We would like to thank the many people involved in this case and the Police and Crown for bringing it successfully to court – we know they have worked very hard to achieve this result.

“We would also like to thank the jury for the unanimous verdicts they returned today.

“Martyn was much loved and will be forever in our thoughts.

“However, throughout this painful process we have shunned publicity and now we would ask that our privacy be respected.”

Detective Superintendent Lesley Boal of Lothian and Borders Police, who was the SIO in the inquiry into the murder of Martyn Barclay, said: “Primarily, our thoughts are with the Barclay family today.

“This has been a harrowing 15 months for them and during such an emotional roller coaster they have shown courage and dignity.

“While this not only prolonged the inquiry, more importantly it delayed Martyn being laid to rest and a mother, father, brother, sister, young son and his mother, and extended family members being allowed to start a grieving process.

“I sincerely hope the Barclay family can now put such aspects behind them and move on with their lives.”

She added: “The verdict today is a testament to the commitment and determination of the Police and prosecutors involved in this murder investigation.

“This was a particularly challenging inquiry undertaken by Lothian and Borders Police which involved continued and very close working with the Crown Office and Procurator Fiscal Service.

“On behalf on the investigation team, I would like to thank the many members of the Inch community who showed great tolerance and provided invaluable assistance and support.

“The response from the community was very positive and we are grateful for their patience as we carried out our inquiries. “

The scale of the inquiry saw more than 1100 members people provide witness statements, nearly 800 house to house inquiries carried out and over 2100 productions were seized.

Area Procurator Fiscal for Lothian and Borders, Morag McLaughlin, said: “The murder of Martyn Barclay shocked the local community, not least because it involved the use of a firearm.

“This was a complex case, involving intricate forensic evidence. “

“Today’s verdict is the result of painstaking investigation and skilful prosecution and underlines the value of the strong collaboration between police and prosecutors in Lothian and Borders from the outset of an investigation.”

Plans to make ultimate McQueen handbag – using his own skin