A MAN was duped out of thousands of pounds by a woman he never met after falling for an online honeytrap. 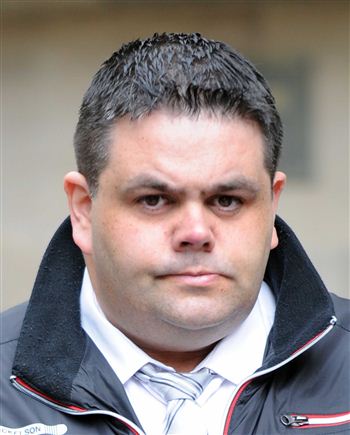 Computer geek Brian Mackay, 40, handed over between four and five thousand pounds of his own money to a ‘woman’ he met in a chat room.

The fraudster – who Mackay never met in the flesh – developed a relationship with the love-struck man and told him that they needed the money to pay for medical bills for a family member.

And when Mackay’s own cash ran out, he set up a Cash Converters account to process and transfer a further £25,635 that the con artist swindled from another man who thought he was giving to charity.

Yesterday at Edinburgh Sheriff Court Mackay admitted an offence under the Proceeds of Crime Act.

A charge of fraud initially levelled against the IT technician was dropped by prosecutors.

However, the internet con artist remains at large.

The court heard how in 2008 Mackay struck-up a relationship on-line with a person claiming to be a woman from Nigeria.

After handing over his own cash, he helped wire them money which another man gave to a bogus charity advertised by the fraudster behind the scam.

Fiscal depute Ruth Ross Davie told the court: “Mr Mackay between May 1 and July 31 2008 was involved in receiving the sum of £25,635 through the Western Union Money Transfer system.

“This involved moving the monies from Scotland and forwarding them on to Nigeria and on to third parties involved in the fraudulent obtaining these monies.

“He had befriended a Nigerian lady and became involved in the transfer of monies to her from money which had been received from certain individuals who had given money on the understanding that they were giving money to a certain charity.

“It was the police investigation of those payments that led to Mr Mackay.”

Mr Tait added that Mackay now had a real girlfriend who had offered to help him pay back £1,000 per month in compensation to the fraudster’s other victim.

She deferred sentence on Mackay, of Easter Road, Edinburgh, until June 18.

What to do in case you are a victim of fraud