A MAN at the centre of the Suzanne Pilley murder investigation claimed his home was broken into this morning (mon).

David Gilroy said a laptop and mobile phone were among the items stolen – but did not know if the raid could be related to the ongoing murder investigation over his missing ex mistress.

Uniformed officers arrived in a marked police car at the address in Edinburgh before 9am after they were alerted about the alleged break in at the house in the Silverknowes area that he shares with wife Andrea. 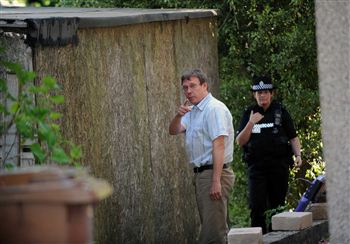 Dressed in brown trousers and wearing a casual, short sleeved blue and striped shirt, he showed a WPC various possible points of entry to the detached property.

Two forensic officers also showed up at the address in an unmarked white van, carrying crime scene kits to search for evidence.

Mr Gilroy, who was seen phoning his insurers afterwards, said he had discovered several items stolen from his property.

He said: “My house was broken into about 6am. The police are looking into it now.

“They have stolen possessions – a Wii, phone lap top, various things from the house.

“When my wife got up this morning the back door had been broken in.

“We heard a small noise but nothing major.”

When asked if the break-in had anything to do with Suzanne’s disappearance he replied: “I don’t know.” 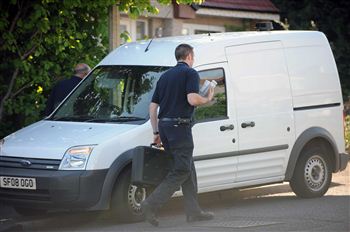 A spokesman for Lothian and Borders Police said: “We are investigating following a report of a housebreaking at a property in Silverknowes Brae Edinburgh.

“The incident happened around 6am today and anyone who saw anything suspicious or who has information that can assist with our enquiries is asked to contact police immediately.”

The address has already been subject of intensive police activity in recent days.

Mr Gilroy was having an affair with missing Suzanne who is said to have called off their relationship days before she vanished.

Police searched his home as part of their inquiries and took away some items as well as quizzing the dad of two.

Mr Gilroy, who works at the same firm as his bookkeeper colleague – Infrastructure Managers – spent six hours voluntarily helping police with their inquiries on Friday.

He later returned home to deny any involvement in her killing or disappearance.

But he did admit to having an affair. 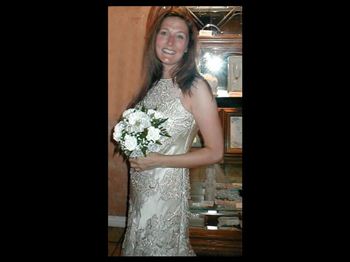 They are known to have lived together for a time at Suzanne’s home in Whitson, before he returned to his wife in January.

However it has been suggested the facilities and equipment manager had been seeing her again since then.

Mr Gilroy said on Friday he had not seen Suzanne for about four weeks.

It was claimed in one press report yesterday Mr Gilroy, 47, had been left devastated after Suzanne, 38, ended their affair and had argued about it on May 2, just two days before she went missing.

She is understood to have brought the relationship to a close after starting a new romance with Mark Brooks, 39, a restoration trade worker, after meeting him online.

There was no sign of Mr Brooks at his Edinburgh home yesterday.

Police were also studying claims that Mr Gilroy and Suzanne had previously one on walking holidays in the Argyll area and that he may own a property there. 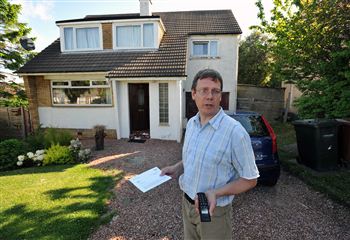 Detectives last week launched an appeal for information about a silver family car in the area, believing it is key to discovering the location of where they fear her body has been dumped.

So far police say they have been “pleased” with the response to that appeal which saw a burst of police activity at the weekend in an area known as Hell’s Glen.

It is south of the beauty spot Rest and Be Thankful where police staged a press conference last week and fits the description of quiet and isolated terrain where police believe the likely dump site could be.

Suzanne, who lived on her own in a top floor ex council flat in Whitson, went missing on May 4.

She took two buses into town and was spotted visiting a Sainsbury’s store near her offices.

The last known communication from her was two texts to her parents Robert and Sylvia, both 67, at 8.36am and 8.37am, saying she was fine.

A grainy CCTV image showing the keep fit fanatic just a few feet away from her office was the last known sighting of her alive.

A police poster campaign and stand alone Facebook page were also activated to try and find out more information about her disappearance.