AN American student was victim of an alleged sex attack in the early hours of this morning (mon) – just 48 hours after arriving in Scotland.

The 22-year-old black girl was out with friends on her second night in Edinburgh when the attack took place.

After spending time in various bars in the city’s popular Cowgate area, the student left Opium nightclub between 3.30am and 4.30am with a group of people including her attacker. 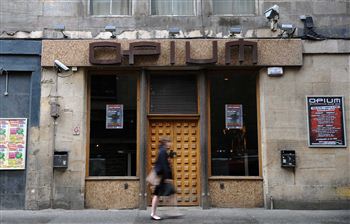 They first took a shortcut up Old Fishmarket Close before the suspect is said to have attacked her in Barries Close.

Police said the woman immediately alerted night security at the near Supreme Court in Parliament Square as soon as the assault ended.

She was able to give a description to detectives, saying her attacker was a 23-year-old Scot, around 6ft tall with blonde hair.

He was wearing a blue polo shirt and blue jeans at the time of the attack.

The victim – who only arrived in Edinburgh on Saturday – is described as being black African American with straight dark shoulder length hair and 5ft 2ins tall.

She was wearing a grey cardigan, red vest top and blue jeans.

The student arrived in Edinburgh for a week as part of a four week placement in the UK from her university on the East Coast of the US. 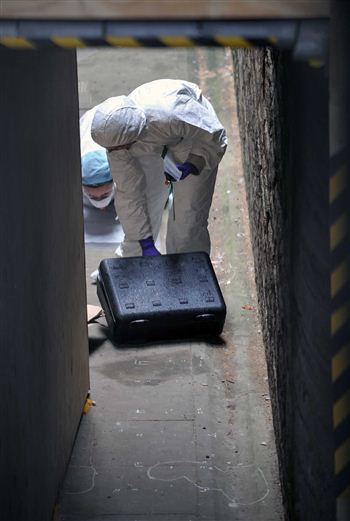 Tonight teams of detectives were combing the area for clues in an area sealed off by blue and white police tape.

Several forensic officers dressed in white coveralls made repeated trips to and from the close, carrying bagfuls of rubbish and potential evidence.

Wooden boards, buckets filled with material collected from the scene, and dozens of photographs were also taken.

Uniformed police were also stationed at the scene while colleagues canvassed local businesses for any signs of witnesses or CCTV footage.

He said: “We believe the victim had met the suspect in the Opium bar and left the club with a group of friends including him.

“They made their way up Old Fishmarket Close and Barries Close where the assault took place.

“We are asking anyone who might remember seeing the victim out in the Niddry Street and Cowgate area to come forward as well as anyone who might have been in or around Barries Close between 4am and 4.30am.

“We need details of who the young woman was with before she left to go home.

“The young woman is very distressed following the incident and we are supporting her.” 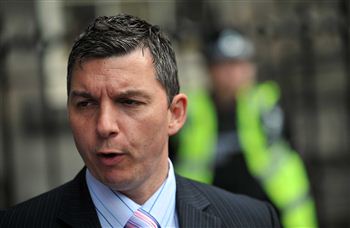 He added: “She is in the UK for a four week placement with other students and associated lecturers.

“They are in Edinburgh for a week before going to London for three weeks and back to the States.

“The victim had been out with other students at the time if the assault.

“We are certain that the young man in question will know of his actions, as will his friends.

Anyone with any information was asked to contact Lothian and Borders Police on 0131 331 3131 or Crimestoppers.