Man On Trial Over ‘Menacing’ Letters To Scottish Parliament

A 70-YEAR-OLD man has gone on trial accused of sending “menacing” letters to staff at the Scottish Parliament.

Pensioner John Campbell is alleged to have left staff at the Holyrood building fearing they could face an explosion.

Two parliament workers, including the Scottish National Party’s head of press Elizabeth Lloyd, both said they felt threatened by letters sent by Mr Campbell in 2008.

They also told how, since the 9/11 attacks in New York, certain items of mail received by the Parliament are now screened and opened in controlled conditions in case of harmful chemicals.

The letters in question were addressed only to “Holyrood Building, Edinburgh” and were handed over to police by staff who claim they were left “alarmed and disturbed” by the contents. 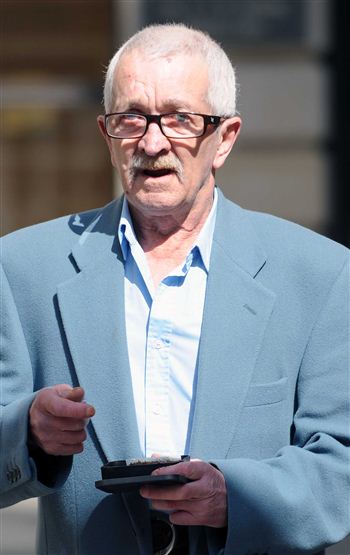 Mr Campbell, of Uphall, West Lothian, denies committing a breach of the peace between 14 January and 12 March 2008.

The contents of the letters were agreed by his solicitor and a Crown prosecutor yesterday at Edinburgh Sheriff Court.

One of the letters read: “To each and every one of you SMPs had better start proving yourselves now.

“Each and every one of you shall be watched and fail Scotland and its people at your own risk.

“You have until the day of St Andrew 2008 to prove yourselves to the people of Scotland.

“If you fail then you and yours will pay the full price. Wallace, Bruce and followers didn’t fight and die for nothing.

“Nitro is not big but used properly can destroy anything in its way.”

Another was said to contain the phrase: “We have stockpiles of weapons and ammunition.”

All the letters included the initials SRA, SFF, IRF and SPFA.

Miss Lloyd, 32, who has worked in the Edinburgh building since 2004, explained why she called in police.

She told court: “We get angry letters on a regular basis into the office which are quite aggressive.

“Some people don’t like politicians and you get that quite a lot.

“But this was more than a little bit disturbing and it wasn’t your normal angry letter.

“I found it alarming and disturbing because when someone writes down that they have weapons, you feel that they mean something.

“The tone says to me, “if you let us down, we are watching you.”

“It was both a sense of uncomfortableness and the content which was not something I was happy to receive and I felt it was my responsibility to give them to the police.”

Another parliament worker, George Clark, also opened one of the letters from Mr Campbell.

The 42 year-old, whose job as a public information officer is non-political, said the letters left him “nervous” about speaking to anyone who approached him after work.

Mr Campbell’s defence agent Jim Grant asked him: “Are you seriously telling me you are taking the letter to be a death threat?”

Mr Clark said: “It referred to the punishment of treachery, and I believe that amounts to a death threat.

“I can’t think that the part about paying the full price refers to an election – it really only brings to mind a death threat to me.

“And the part about nitro is talking about an explosion.

“Perhaps the intended target was members of the Scottish Parliament.”

“If there is an explosion in the building, I’m based at the front, so I would be affected by that.

“I felt a little apprehensive and that perhaps on leaving the building I would be nervous about telling anyone who approached me what I did.”

He also told how some post at the parliament was passed through a high-security system following the 9/11 terror attacks.

He said: “Following on from nine-eleven we had a letter impregnated with a chemical, masks, gloves and protective clothing are sometimes worn when opening mail.

“If we are concerned about a letter, we open it under controlled conditions.”

The trial before Sheriff Raymond McMenamin was adjourned and is due to resume in August.

Posties at risk from junkies dumping needles inside post boxes