A TEACHER who risked his own life to rescue two men from a burning car is to get his third award for bravery.

William Lammie, 53, will join 50 others at the [email protected] ceremony next month where First Minister Alex Salmond will present him with the accolade.

It comes just six months after he received a commendation from Lothian and Borders Police at the Meritorious Awards along with a Society for the Protection of Life Against Fire award. 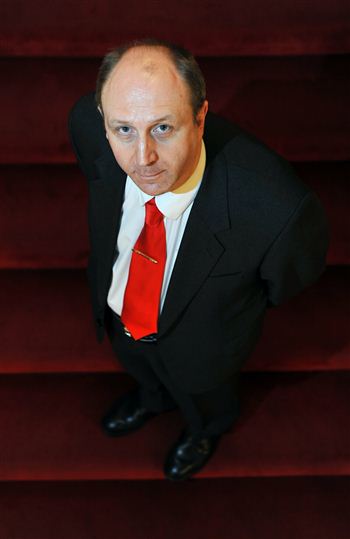 He teamed up with passer-by Cameron Bell to go to the aid of three young men in a car crash in West Calder in March 2008.

The silver BMW had left the road and crashed into a tree and was starting to catch fire as William, who lives in a house nearby, came out to see what had happened.

The physics teacher said that he and his wife, Bernadette, heard a screech before a large bang and knew that there had been a crash outside.

William said: “I saw a car had crashed into a tree and I rushed outside whilst my wife called the ambulance.

“There was a young man kind of dazed standing near the car and I got him away from the car before I went back.

“I could see that the driver was already dead and I went over to the passenger and asked if anyone else was in the car but he didn’t really make much sense.

“The ambulance had asked to speak to me so I was standing on the phone when I saw an arm sticking out the back of the car.

“I gave the phone back to my wife and rushed over. Luckily Cameron Bell was there as well and we tried to pull the boy out of the window.

“The flames were getting bigger and we were worried that we wouldn’t get him out in time but I knew that I wouldn’t leave him until he was out.

“He deserved every chance.

“We eventually managed to get him out and got him across the road before the flames really started to take hold.

“As we were standing there watching the flames, Cameron turned to me and said ‘we were really close there’. Then we just stood and hugged each other for a minute.

“At the time I didn’t think anything of it. There were people in danger and they needed to get out.

“I would like to think that I would do it again.”

Despite his modesty, pupils and staff at St Kentigern’s Academy in Blackburn celebrated his bravery when they found out what happened.

William said: “All the kids and staff were great afterwards. I’m not the kind of person who normally blows their own trumpet.

“But one of the kids got me a poster that says Superman – My Hero on it and it was lovely. I also received letters and cards from the families of the young boys as well which was really nice.

“My family are really pleased for me. It’s a strange experience.

“I’m a quite quiet and private person really, and I was not looking for anything for doing what I did.

“Just to be nominated for something like this is great but to be awarded it is a great honour.

“I’m looking forward to the day and to meeting the First Minister and the other nominees. I don’t really know what to expect but it seems to be quite a grand affair.

“To be honest I thought the police awards in October would have been the end of it. I met one or two people there and what some of them had done was fantastic.

“I think this reflects on the people we have in this community. People across the country will go out their way to help someone.

“It’s good to see all the bad news we hear and read about being balanced with people who are prepared to do something to help their neighbours.”

Alex Salmond praised the winners of the upcoming awards.

The First Minister said: “Scotland should be proud of its heroes and recognise their achievements.

“An annual awards ceremony is a fitting way to give those responsible for outstanding acts of courage the recognition that they deserve.

“I am impressed and humbled by the heroism and selflessness of everyone who has been selected for a [email protected] Award.

“Their courage in the face of danger and concern for their fellow man is truly inspiring.

“I look forward to marking and celebrating their remarkable actions at the [email protected] reception next month.”