A Dunkirk veteran who helped save the lives of hundreds of marooned Allied Forces set off on an emotional journey from Scotland back to the French town today (thurs) for this weekend’s 70th anniversary celebrations.

Frederick Jenkins, 89, was on board one of the ships that helped rescue 338,000 troops from the beaches of northern France in May and June 1940. 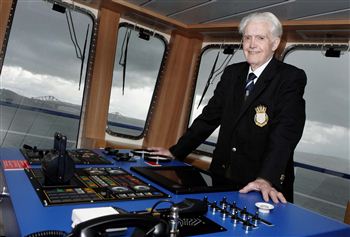 The mine sweeping trawler that Frederick served on made two trips across the Channel from Dover to pick up stranded soldiers.

And 70 years on the veteran is travelling back to the town with his daughter Ruth to bring back old memories.

Sailing from Rosyth into Zeebrugge, Frederick is pleased to be sailing into the port almost exactly 70 years since he was last there.

He said: “We made two trips to Zeebrugge. On our second we swept the harbour at first light in order to enable blockships to be sunk at the canal entrance as the town was about to be captured.

“I’m hoping I will be able to stand on deck and see the harbour as we come in. That will be quite interesting.

“I’ve never been back since the war.”

But it is his part in Operation Dynamo that takes him back to France to attend the anniversary celebrations.

Mr Jenkins said: “I remember volunteering for our small boat crew, lowered to search for survivors from a bombed ship sunk during the night.

“We made two trips, on both occasions crammed to the gunwhale with exhausted British and French troops.

“I wouldn’t know how many men we rescued – I wouldn’t even like to hazard a guess.

“The soldiers were just all over the place – on the deck and under the deck in the bowels. It was just a case of getting as many people on as we could.

“We weren’t picking them up off the beach; we were getting them from the quay and taking them back to Dover. There were both British and French soldiers on board.

“We were quite fortunate we managed to escape bombing ourselves.

“When we arrived in Dunkirk the first time there were sunken ships all around the quay – the water was strewn with dead bodies and what have you.

Frederick left his job as an apprentice architect in Stirling in 1940 at the tender age of 19 to volunteer for the Royal Navy Patrol Service.

After three months of training as a Signalman, he joined the crew of HMS Clythness in March 1940 under the command of Lieutenant Heckstall-Smith.

For the next three years he was based on the mine sweeping trawler, scouring the Channel and the surrounding waters for magnetic mines parachuted in by the Germans.

Now living a more sedate life in Kippen, Stirlingshire, the pensioner is looking forward to the weekend and meeting other veterans. 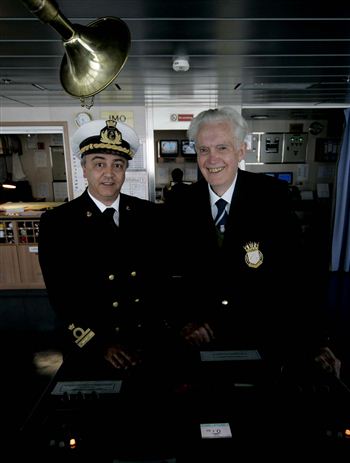 He said: “It’s the 70th anniversary celebrations with various things going on over the weekend which should be interesting.

“It will be good to see how things are going and maybe have a chat with some of the other veterans if I get the chance.”

But he said that he wouldn’t have been able to make the trip if it weren’t for the free crossing provided by Norfolkline.

Mr Jenkins said: “The only reason I’m going is because the sailing is free for Dunkirk veterans.

“I wouldn’t have gone otherwise and I’m really looking forward to it. Hopefully the weather will be nice and I will be able to enjoy the trip.”

Accompanied by his 46-year-old daughter Ruth, Frederick left from Rosyth and returns home next week.

Chris Newey, from Norfolkline said: “We are delighted to be able to make this offer to Scotland’s Dunkirk veterans.

“These men and woman are heroes so offering help to get them to Dunkirk to commemorate their fallen comrades is the least we could do.”

The Dunkirk rescue mission came after the speed of the German army’s advance through Holland, Belgium, Luxembourg and France left nearly half a million British and French troops trapped there.

It was led by the Royal Navy, who drafted in ships and boats of every size.

Dunkirk is seen as one of several events in 1940 that determined the outcome of the war.