SCOTLAND went iPad crazy today (fri) as hundreds of people queued to get their hands on this year’s must have gadget.

And among the Apple worshippers in the queue at its Glasgow store wasn’t a young up and coming web developer or dot-com businessman – but a pensioner.

Retired linen factory owner William Boyd, 78, from Fife, claimed he had never even used a computer in his life – let alone a touch screen tablet.

But he wanted to be one of the first to pick up the handheld device at the Glasgow Apple Store.

He hopes to use it to stay in touch with his family and keep an eye on the stock exchange.

And although he is keen to catch up with the digital generation, Mr Boyd insists an iPad will never replace his love for picking up a real-life newspaper.

He said: “I wanted an iPad for many reasons, the main being the simplicity of operating it.

“At least, I hope it is going to be simple.

“I have never used a computer before in my life but I will use mine for the internet, emails to keep in touch with the family and things like that.”

As the founder of Dunfermline’s Coral Towel Company, he says computer technology was never part of his working life. 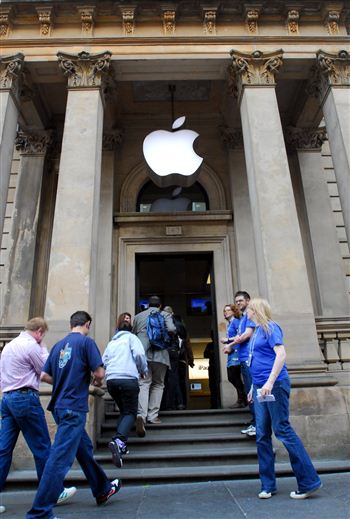 But with an iPad, he hopes to make his pensioner lifestyle even easier.

He said: “I retired before I had to put computers in our office.

“I know I am not of a generation that uses computers but I am aware that this iPad different to other computers.

“According to what I am told it can do almost everything, so it will be handy to bring up prices on the stock exchange, which I follow.

“Also train times, travel arrangements and possibly hotel bookings are the things I hope to use it for.

“I must admit I am still a conscientious reader of the daily papers.

“So even though I could probably look up the news on it, I like reading my papers.

“It is too small for a broadsheet newspaper anyway.”

He said one was for himself and the other would be a birthday gift for his seven year-old son. 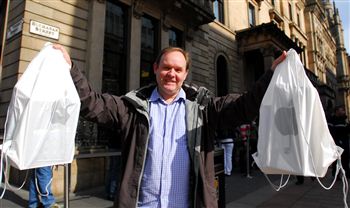 He said: “I queued for an hour and a half because it is a whole new product category.

“I am going to develop applications on mine.

“I hope my wee boy will use his as a toy, because it is the must have toy.

“Last week Mac sales went up over 30 per-cent and that’s probably going to continue until Christmas.

“There was no way I could hide it from my son until Christmas though so he’s getting it as a birthday present next week.”

Glasgow lawyer Frank Irvine, 50, claimed having one of Apple’s sleek gadgets was “about being magnificent.”

He said: “I converted to Macs six months ago and I will never look back.

“It is the logical thing to do. 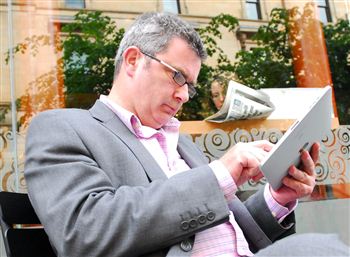 “It is about being magnificent and it looks so cool.

“Looking cool is important to me, naturally, but Apple technology is terific value too.

“I’m a civil lawyer and I rely on technology, so this is the future for me.

“I must admit I did queue and yes it was out of the box before I had even left the shop.”

In Edinburgh there was a similar rush to get hands on the shiny new toys at PC World – the only stockist in the city.

Martyn Wallace, 33, from Edinburgh, a corporate account manager, was first in the queue at the Corstorphine branch.

When the iPad was launched two months ago in the US the retailer sold a million units in just 28 days. 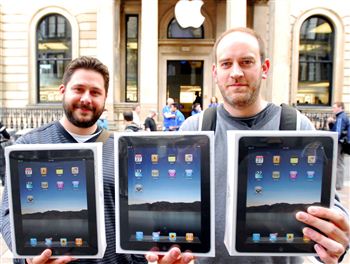 For more information about the iPad or to visit their online store, follow this link.

* PHOTOGRAPHS by Michael MacLeod at the Apple Store in Glasgow & Katielee Arrowsmith  at PC World at Corstorphine in Edinburgh.

The foods that the UK missed most during lockdown