A REAL life Cracker has said that Suzanne Pilley’s killer may have taken her life by mistake and hidden the body in a panic. 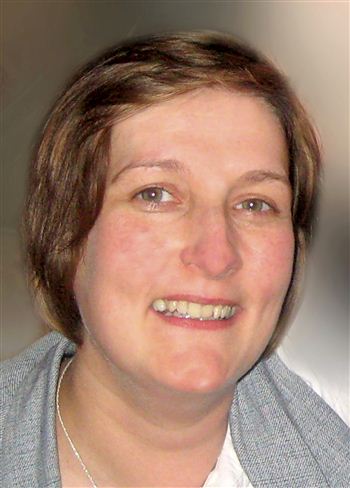 Dr Ian Stephen, who advised on the hit crime drama starring Robbie Coltrane, said that details of the murder case suggest that the 38-year-old’s murder had not been planned.

The consultant criminal psychologist, who regularly helps police forces with complex cases, points to claims that the bookkeeper’s killer shopped for a spade, clothes and make-up in a remote Argyll village, as evidence that the death may have happened unexpectedly.

Dr Stephen said that had whoever killed Suzanne planned to do it, then he would expect the murderer to be better prepared.

He said: “It is a possibility that this was an accident. Maybe there was something the killer wanted to talk to her about and that something led to an argument, then things got out of hand and he panicked.

“Maybe it was a combination of panic in that something had happened and the killer then wanted to dispose of the body.

“The other scenario is that he was angry at her for some reason and set upon her on purpose.

“But in that case you would have expected him to be better prepared and have the equipment ready or at least not buy it in a small town where it is more noticeable.

“If it was something you were planning, you’d make sure you had all the equipment necessary to dispose of the body,”

Suzanne has not been seen since May 4 when CCTV footage showed her arriving at her office at Infrastructure Managers Ltd in Edinburgh’s Thistle Street.

Although no body has been found detectives believe that Suzanne was murdered and her body was dumped in woodland at the Rest and Be Thankful in Argyll – a 130 mile trip.

They are appealing for information about a man driving a silver coloured car in the Argyll area around the time of Suzanne’s disappearance.

A silver Vauxhall car has already been seized and it is understood it is being scoured for traces of Suzanne’s DNA.

And officers have quizzed shopkeepers in the Argyll town of Lochgilphead over suspicions that her killer shopped for make-up and women’s clothing.

Police swarmed the tiny town on May 19 and 20, asking several shop workers what they could remember about their sales on May 5.

They viewed CCTV footage from stores and also questioned locals about sales of spades.

Suzanne’s former lover and colleague David Gilroy has been assisting police in their enquiries but has strongly denied any involvement in her death or disappearance.

It is thought Mr Gilroy, 47, was at a school in Lochgilphead on 5 May, the day after Suzanne went missing.

The company has a contract to manage the maintenance of the campus and Mr Gilroy was a regular visitor to the school.

It has been claimed he turned up unannounced that day, spent some time in the building and picked up some bin bags from a cleaner.

He is said to have left the building shortly after that. It is claimed he told colleagues that he had a meeting in Lochgilphead but did not inform the school.

Last week his home in the capital’s Silverknowes area was broken into, with a door smashed and electrical goods taken.