MISSING bones from the body of tragic Heather Stacey were chucked out by workers hired to clear out her flat after she was evicted. 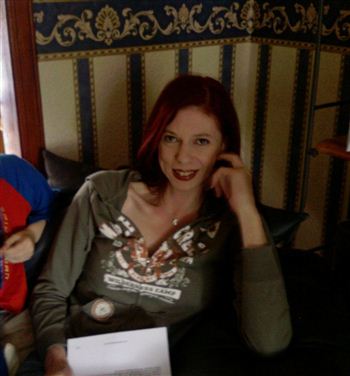 The murdered 44-year-old was given the boot from the Edinburgh flat weeks before her dismembered remains were found scattered across the capital.

And when council bosses sent in a squad of cleaners to empty the property for new tenants in December 2008 their bungling workers found a bone belonging to the mother-of-four.

Instead of reporting the gruesome find –thought to be part of Heather’s arm – the firm simply took it to a waste disposal site and it has never been seen again.

Heather moved into the flat in January 2007 but lost contact with family and support workers towards the end of that year.

Little was anyone to know that her fiancé Alan Cameron, 56, had murdered the woman he was supposed to love.

It is not known how Cameron killed Heather but she died sometime between November 29 and December 11, 2007.

Cameron – a convicted sex offender who had a warrant out for his arrest when he killed Heather – lived with her body as it decomposed, constructing an elaborate plot to cover-up her death.

Heather continued to receive income support and housing benefit until July 2008 but her rent fell into arrears when that stopped being paid.

And in September that years housing officers got permission from the courts to evict Heather from the flat after several attempts to contact her failed.

After the finding the decision to evict Heather had been taken, Cameron swung into action, pulling her decomposed body apart and dumping it in bags in three sites in Edinburgh’s Granton area.

The dismembered remains of Heather were later stumbled upon by dog walkers on Hogmanay 2008 – with 39 bones missing.

These included a leg bone as well as several bones connected to a hand and a foot of Heather’s.

They said how the smell death came from the flat but were unable to gain access to the small bedroom where Heather’s body was being kept.

Later that month two workers from SitexOrbis arrived to clear the property, ready for a new tenant to move in.

One of those workers, Gary Coates, 52, admitted that colleague Paul McGlone had found a bone and thrown it out.

Asked by prosecutor Alex Prentice QC what he heard about a bone being found, Mr Coates replied: “Yes, I think Paul (found it).

“I think it was in the room that Paul done to the left, the small room. It was taken down to our waste disposal.”

They said: “Mr McGlone found a bone and we suspect that that is a missing part of Heather that has been left in the flat – it fits.

“He had certainly found something and the description he gave of it makes it likely it is that it is the arm bone or at least part of it.”

A City of Edinburgh Council spokesman said: “We are concerned to hear this and will be contacting the company to ask them to tighten their procedures.”