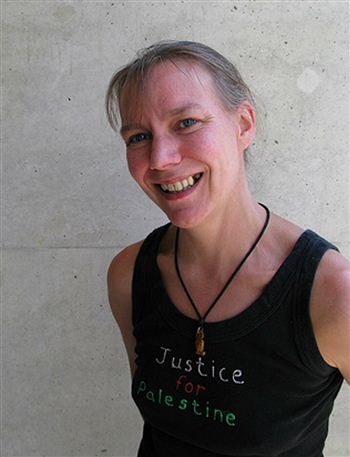 FEARS grew last night for the safety of five Scottish peace activists who were caught-up in the Israeli capture of a convoy of ships taking aid to Gaza.

Theresa McDermott, 43, and Ali Awaisi, 21, Hasan Nowarah, 45, Hassan Ghani, 24, were among hundreds of campaigners on six ships heading to the war-torn Gaza strip.

Israeli commandos stormed the flotilla on Sunday night into yesterday morning, killing at least 10 people and injuring many more.

Some reports have placed the death toll as high as 19.

Last night Ali’s brother, Khalid said his family were “very anxious” over the safety of the estate agent from Dundee.

Khalid, 30, said this was Ali’s first mission to Palestine following two years as part of the Free Gaza movement. 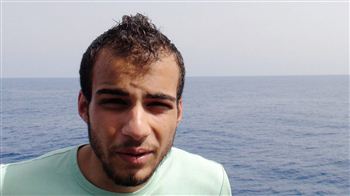 Ali said: “I have not heard anything at all other than what has been on the news. The Foreign Office have no clue about what is happening.

“The whole family is very anxious, we are all waiting to hear – it is very difficult not knowing.

“We have been calling but the Israelis have clearly blocked all the numbers.

“I spoke to Ali two days ago, he was saying that the spirits were very high and things were going well.

“Our sister has been in tears since she heard the news and the whole family is just trying to get anything.”

Ms McDermott, an experienced activist who had been on three previous mercy missions to Gaza, has also been out of touch since news of the attack broke.

A leading member of the Free Gaza Scotland movement, the postal logistics worker from Edinburgh has previously been arrested and jailed by Israeli forces.

Carl Abernethy, a co-ordinator with Free Gaza-Scotland, said: “We are obviously concerned for her safety and wellbeing given that people are dying and being injured.

“Theresa takes these risks knowingly because she believes so passionately in the rights of the Palestinian people and the people of Gaza in particular, who have been suffering horrendously for years.”

Riza Mohammad, a fellow activist with dad of three Hasan Nowarah, said the IT professional from Glasgow has been out of contact for two days. 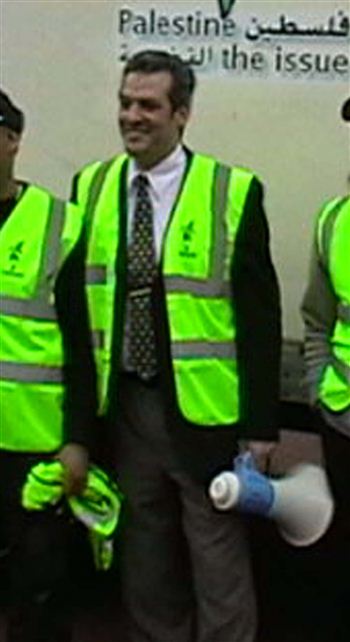 Mr Mohammad said: “We just don’t know what has happened at this stage. We do know that he was on one of the boats.”

Also thought to be on the ships when they were captured is Scottish broadcast journalist Hassan Ghani, from Glasgow.

His father, Haq Ghani, said he was waiting to hear news of his son’s safety.

He added: “I am extremely angry, dismayed and shocked upon hearing about the deplorable loss of life upon the peace flotilla, as a result of typically disproportionate and aggressive actions by the Israeli Defence Forces.

“On a personal note, my family and I are fraught with worry for our son. On his last posting on Facebook he made mention that Israeli ships were spotted on the radar and since then we have heard nothing from him.

“I have been in touch with the Foreign and Commonwealth Office, but they have not heard any more information from the Israeli government.”

Armed forces boarded the largest vessel overnight from Sunday into yesterday, clashing with some of the 500 people on board.

Israeli authorities said that four of their soldiers were injured in the operation.

They say their troops were attacked with knives and clubs as they boarded the six vessels and that the raid turned deadly after one of the activists grabbed a weapon from one of the commandos and the weapon discharged.

UK officials are now working to gain access to any British Nationals on board the ships, while Foreign Secretary William Hague MP has described the loss of life as “deplorable”.

Mr Hague said: “I deplore the loss of life during the interception of the Gaza Flotilla. Our Embassy is in urgent contact with the Israeli Government. We are asking for more information and urgent access to any UK nationals involved.

“We have consistently advised against attempting to access Gaza in this way, because of the risks involved.

“But at the same time, there is a clear need for Israel to act with restraint and in line with international obligations.

“It will be important to establish the facts about this incident, and especially whether enough was done to prevent deaths and injuries.

“I call on the Government of Israel to open the crossings to allow unfettered access for aid to Gaza, and address the serious concerns about the deterioration in the humanitarian and economic situation and about the effect on a generation of young Palestinians.”

Activist heading off to Gaza despite being held at gunpoint