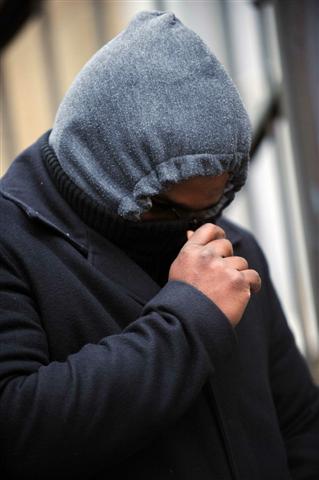 A DESPERATE Costcutter boss who conned the Royal Bank of Scotland out of £93,000 has been jailed for a year.

He fell into debt for failing to meet sales targets and was isolated by his own family after failing to pay them back borrowed cash.

He wrote that there was £155,000 on the front of the bank’s business deposit wallets when in fact he had actually only deposited £62,000.

And rather than using the £93,000 to live a life of luxury, he had been buying extra stock and selling it at a LOSS – just so bosses thought his shops were doing well.

The fast cash con only lasted a week, and today he was sentenced to 12 months imprisonment at Edinburgh Sheriff Court.

Unable to pay the money back, he looked dejected in the dock as his lawyer admitted he had no option but “to face the music.”

By the time the crime was reported by RBS staff, Gopalakrishnan – who holds Danish citizenship – had fled the country.

The £93,000 has never been recovered and in a previous hearing Gopalakrishnan pled guilty to carrying out the fraud at Midlothian RBS branches in Newtongrange and Bonnyrigg between 29 June and 6 July 2009.

Prosecutor Gerard Drugan said previously: “With the Fast Cash system, the bank take it at face value that what is written is the amount inside and credit the account with that cash.

His defence agent Paul Dunne said: “This is an act of financial desperation rather than an act of malice.

“Every time he failed to make an appropriate return to Costcutter a penalty then became liable to him.

“He began borrowing money off friends and family and ended up owing them tens of thousands of pounds which he then was under pressure to also repay and left him isolated.

“A friend advised him of a short term scheme to mislead the bank into thinking he had deposited more money than he had.

“He used to pay his debt and, unusually, buy more stock and sell it for less then he bought it for, which wasn’t a particularly sophisticated scheme.

“He knew that the shortfall would be noticed and is here to face the music.”

Sheriff James Scott said he realised Gopalakrishnan, of Gorebridge, was under pressure but insisted prison was the only option he had.

He said: “I recognise that there are substantial mitigating factors in your case and that you found yourself in a desperate situation.

“Therefore I am satisfied that in your case no sentence other than custody is appropriate.”