Labour stalwart Prescott, who is to be made a Lord, will talk about his autobiography Prezza: Pulling No Punches when interviewed by festival director Alistair Moffat.

His appearance on Saturday, June 19, was only confirmed today (wed).

War correspondents John Simpson, Kate Adie and Fergal Keane will also be speaking at the event between June 17 and 20, along with the likes of best selling author Robert Harris and comedians Victoria Wood and Rory Bremner.

Others taking part in what is the seventh year of the still growing festival include Chris Mullin, Andrew Greig, William Fiennes, Norman Davies, Kathy Lette, Sarah Raven and Jackie Kay.

Alistair Moffat, festival director, said: “This is possibly our most glittering programme to date and I look forward to welcoming everyone, old friends and new.”

Around 8000 people are expected to attend the festival which also sees the new £25,000 Walter Scott prize for historical fiction presented at Scott’s former home Abbotsford House, sponsored by the Duke and Duchess of Buccleuch.

BBC Radio 4’s Book Club will also broadcast from the festival itself, set in the grounds of Harmony House Gardens. 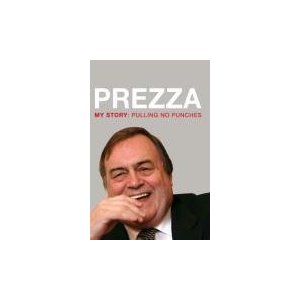 Paul Bush OBE, Chief Operating Officer at EventScotland, said: “The line up is testament to its status as one of the best book festivals in the UK.

“This year’s festival will feature some of the biggest names in literature, politics and comedy, providing a heady mix of entertainment, debate and discussion.”

Further details can be found at http://www.bordersbookfestival.org