A HEARTBROKEN mother has called for criminal action to be taken against staff at a hospital specialising in drug rehabilitation after it was criticised by a Sheriff for its part in the death of her son from a methadone overdose.

Jacqueline Nichol, 49, said that the Crown Office must now launch criminal proceedings over the death of her son Kieran in December 2005 at Castle Craig Hospital near Peebles in the Scottish Borders following the ruling into a Fatal Accident Inquiry. 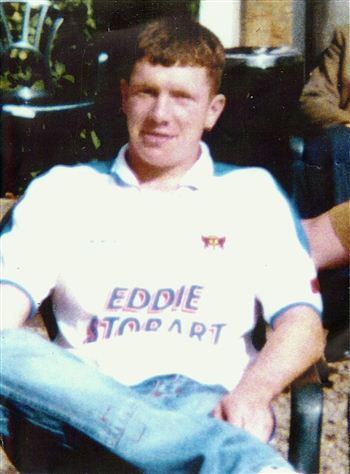 Sheriff Gordon Liddle said there had been a string of missed opportunities to prevent the tragedy adding that it was hard “to identify anything that went significantly well” during Kieran’s treatment there.

A FAI into his death had heard previously that Kieran was just 20 years old when given what was to prove a fatal dose of the heroin substitute before being found dead by staff at the £400-a-day facility on December 11 – just two days after checking in.

A doctor at the clinic had prescribed addict Kieran 90mg of methadone in 24 hours without giving him a urine test or checking claims made about his drug habits.

Mistakes were made over the exact degree of Kieran’s drug problems.

His history of drug abuse was also misunderstood, despite his having been released clean from substances by the clinic only two months before.

Experts said not enough time had passed to require him to be treated with that amount of methadone for a heroin addiction. But despite showing no signs of withdrawal, staff continued to administer the substitute to him.

Today (Friday) Mrs Nichol, from Hawick, called for action from prosecutors following a determination by the sheriff who oversaw the probe into Kieran’s death.

Mrs Nichol, a former nurse, said: “It was a long haul for everyone, now it is up to the Crown to take it to the next level.

“I think it is highlighted when the sheriff said that the position the Crown put him in is most unhelpful and there really are questions that still have to be answered.

“This can only be done through a criminal court.

“It doesn’t matter what line of work you are in you have to be responsible for your actions or your lack of actions.

“They didn’t keep to their protocols or the guidelines laid down.

“They were playing a very dangerous game and it is unfortunate that Kieran had to pay for it.

“It is a tragic thing and we miss him every day.

“The only legacy that Kieran can leave is that this does not happen again.”

In a 103-page determination Sheriff Liddle said: “I am satisfied that the evidence which has been led in this inquiry amply demonstrates that Kieran Nichol’s death was entirely preventable.

“There were numerous occasions over the period of about 36 hours following admission to Castle Craig Hospital on 9 December 2005 when a different decision or choice by a number of individuals could have made the difference.

“There were instances when better training of Castle Craig staff by Castle Craig or better control of affairs by Castle Craig could have made the difference. It has been, in fact, difficult to identify anything that went significantly well.

“There were many opportunities for the untimely death of Kieran Nichol to have been avoided. The number of reasonable precautions I have set out might be regarded as a measure of the malaise that was present in the hospital at that time.”

He added: “Kieran Nichol’s death is a tragedy. It is especially so for his family.

“I have sympathy for family and particular sympathy for his mother, who sat through the many days of evidence and, an experienced nurse herself, must have been very alert to all of the issues that arose.

“She could scarcely have imagined that what she at the time saw as a rescue exercise for her son, namely getting him rapidly back into Castle Craig Hospital, might turn out as it did.”

A spokesman for the Crown Office said: “We will consider the Sheriff’s determination and a report will be submitted to Crown Counsel for consideration.”

Management at Castle Craig said they would be poring over the Sheriff’s determination to check it had complied with all recommendations.

A spokesman said:  “We are carefully considering the Determination of Sheriff Liddle following his inquiry into the death of Kieran Nichol.

“It is a lengthy document and we will ensure that changes that we have implemented since the tragic death in December 2005 are in accordance with the sheriff’s recommendations.

“Castle Craig continues to work with the Care Commission to achieve the highest possible standards of care for all our patients.”

They added: “In its most recent assessments (April 2010 and May 2009), the Commission awarded the hospital a grading of ‘Very Good’ in every aspect of service.

“The management and staff at Castle Craig remain committed to helping those whose lives have been blighted by addiction to drink and drugs.

“Since our inception in 1988, we have helped more than 8,000 patients allowing many of them to return to a meaningful role in their personal and family lives.”

The Care Commission, who regulates such hospitals, had issued a number of instructions for improvement in the past and would monitor that the changes implemented continued.

A spokesman said:  “The Care Commission carried out an inspection in January 2006 and found a number of issues of poor standards of care at Castle Craig Hospital.

“A comprehensive series of requirements and recommendations were imposed covering a range of measures to improve staff training, staff ratios, medication management and general operational procedures.

“Subsequent inspections took place in June and August 2006 to ensure the improvements demanded were being implemented.

“The Care Commission also proposed a formal Enforcement Action in February 2006 to order an increase in nursing staff in the hospital area and to ensure that medical staff were available on site around the clock across all areas.

“Castle Craig Hospital implemented these requirements to improve staffing levels and availability, without the need for the Care Commission to enforce.

“The Care Commission has continued to monitor this service closely to ensure standards are being improved and maintained.

“In its last published inspection report – in early 2009 – it achieved grades of five (very good) across all five inspection quality themes.

“The Care Commission will be looking at the recommendations made by Sheriff Liddle to inform the ongoing regulation of this service.”