A BRAVE design student is getting ready for her graduation day despite being on kidney dialysis since Christmas.

Roxan Buys, 22, is set to collect her BDes in Product Design from Edinburgh Napier University next week.

With a prestigious design prize under her belt, she should be looking forward to a bright future.

But the student, from Kirkcaldy, has had to hook herself up to a noisy dialysis machine every night since Christmas after her kidneys failed.

Now on the organ donor list, Roxan faces up to three years waiting for a new kidney.

But she isn’t letting her restrictive illness stop her and has passed her course with flying colours as well as managing to keep up her passion for snowboarding.

The pretty student was diagnosed with renal failure when she was just three years old.

But it wasn’t until Christmas that she was told she would have to go onto dialysis to keep her organs working.

Roxan said: “They thought I would have to have a kidney transplant was I was 13 or 14 but I was very lucky that my kidney grew with my body.

“About August last year that they started to get really bad and I knew I would eventually have to go on dialysis.

“My consultant phoned me on Christmas Eve and said I needed to go in the Monday after Christmas to have the catheter inserted.

“I cope well with but I worry about the stress it puts on my parents.

And Roxan certainly has pushed on, with extra time to finish assignments she has managed to complete the last term of her degree

Added to her success was the Arup Scotland Prize for best design project at the School of Arts and Creative Industries Degree Show.

And when the snow came in January she was determined to go snowboarding – something she has done since she was 11. 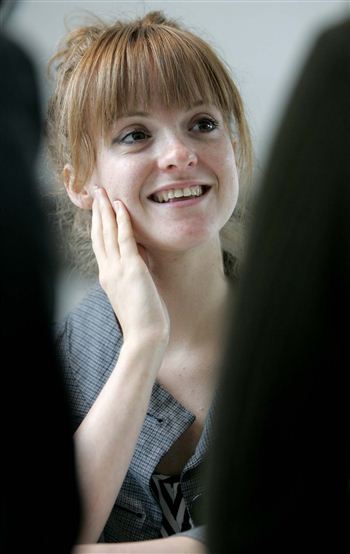 She said: “In January when the snow came I was desperate to go snowboarding.

“I was speaking to my renal nurse about it and she said the only problem would be if I fell – that obviously could be really dangerous.

“But I thought, screw it, I’m just going to go. I just had to be careful more than anything.

“That was a bit of a milestone being able to go and do that.”

But with eight hours every night spent hooked up to a dialysis machine in her flat, Roxan has found the treatment quite restrictive.

She said: “All I’ve done since January is been in university 12 or 13 hours a day and then go home and go on the dialysis for eight hours.

“I have to plan my activities around what time I get up in the morning.

“If I have to be somewhere early then I have to make sure I’m in bed early the night before to get the eight hours of dialysis.

“It limits what I can do in that way.”

An annual trip to London to attend a design show has also proved to be difficult this year, with spiralling costs as Roxan has to travel with her dialysis machine.

She said: “I’m going to London at the start of July for the New Designers.

“I’ve got to stay in a hotel and arrange for all the dialysis stuff to be in place. The fluids I need have to be delivered to the hotel.”

After six months of dialysis and the news that she would have to have a transplant, the plucky student was delivered another blow last month when she found out her dad, Eric, 56, wouldn’t be able to give her his kidney.

Roxan explained: “My dad offered and he went under the tests but they found that he had a defect on his kidneys – he’s absolutely fine but it means that he can’t donate it to me.

“Finding out that dad couldn’t donate his kidney was a big blow but I want to show that dialysis doesn’t mean you have to put your life on hold.”

And with ambitions to work for a design studio in London, the talented designer is limiting her job search to Scotland for the time being.

She explained: “I’m seeking employment at the moment.

“I really want to stay in Scotland until this is all sorted out but there’s not much here so I just have to keep looking and hope something comes up.

“I’m fine with everything that’s happening; you can’t let it take over your life.

“I am determined to keep living my life.”

Triple success for graduands at a competition for new designers