No jail for nerd snared by Nigerian scammers 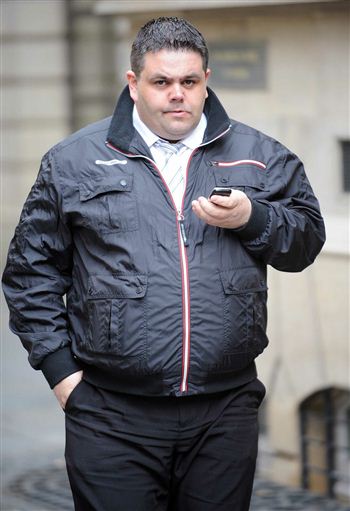 A HONEYTRAP sap who helped an internet ‘girlfriend’ swindle £25,000 from another man has dodged a jail sentence.

Computer geek Brian Mackay, 40, handed over between four and five thousand pounds of his own money to a ‘woman’ he met in an online chat room.

Mackay fell for the sting after being dumped by his girlfriend and claims he was depressed at the time.

The online fraudster – who Mackay never met in the flesh – took advantage of this to develop a relationship with the love-struck man and told him that they needed the money to pay for medical bills for a family member.

But after his own cash ran out, he helped her to process and transfer another £25,635 that the con artist swindled out of another man who thought he was giving to charity.

Yesterday (Friday) Mackay was ordered to work 260 hours of community service after he earlier admitted an offence under the Proceeds of Crime Act.

A charge of fraud against the IT technician was dropped by prosecutors, however the internet con artist remains at large.

Sheriff Deidre MacNeill described the case as a “classic honeytrap” and spared Mackay from a custodial sentence.

“The circumstances seem to be that you befriended this Nigerian woman on the internet.

“Your personal circumstances meant that you were vulnerable to this and it was she that led you to do what you did.

“A custodial sentence would be the first consideration however there are mitigating circumstance here.

“As an alternative I am going to make a community service order.”

The court had heard how in 2008 Mackay struck-up a relationship on-line with a person claiming to be a woman from Nigeria.

When Mackay’s own cash ran out, he set up a Cash Converters account in Edinburgh to continue feeding money to the fraudster – who was conning other people and needed some way of getting the ill-gotten cash to her.

Between May 1 and July 31 2008 Mackay recieved £25,635 through the Western Union Money Transfer system which he passed on to the con artist through the Cash Converters account.

Mackay, of Easter Road, Edinburgh, has one year to complete the unpaid work.