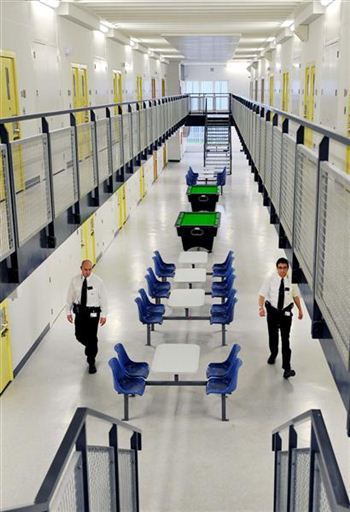 CRIMINALS have been granted access to laptop computers in Scottish prison cells.

Inmates are restricted to using the devices to prepare legal documents and prison bosses insist they cannot access the internet.

But critics fear the system could be hacked to “orchestrate crimes.”

A ban on laptops was lifted earlier this year for one inmate, sparking fears that the precedent could lead to others claiming laptops are a human right.

Tory MSP Bill Aitken said: “I can see absolutely no justification for this and I’m disturbed that it’s thought appropriate.

“There is every likelihood the authorities will be forced to give prisoners blanket access to computers as a consequence.”

And a laptop ban has been relaxed to let one unnamed prisoner prepare legal material for an appeal to get out of jail.

He is based in the open estate but prison bosses refused to name him.

The move was criticised as “a step too far” by Margaret Wilson, founder of campaign group Justice for Victims.

She told weekend reports: “This will be open to frightening levels of abuse.

“What’s to stop prisoners re-modifying the computer and connecting to the internet through a mobile they have smuggled in.

“They could orchestrate crimes from their cells or even draw up escape plans.

“It’s a step too far and must be stopped.”

But prison chiefs may become powerless to preventing other prisoners from demanding laptop computers according to one lawyer.

Human rights legislation could be applied to a claim for a computer according to Cameron Fyfe, one of Scotland’s top human rights lawyers.

He said: “Prisoners could claim that being deprived of a laptop is discrimination under the European Convention of Human Rights.

“But they’d also have to prove there had been a second breach of the Act linked to this claim.

“In general terms they may say they are being discriminated against in comparison to the prisoner who is being allowed a laptop and potentially link that to the right to an education or to defend oneself in court.”

The Scottish Prison Service said: “Prisoners must convince their governor they need the computer to prepare their legal case.

“They are only granted access for two days at a time and the laptop is doctored so it does not have any external links.”