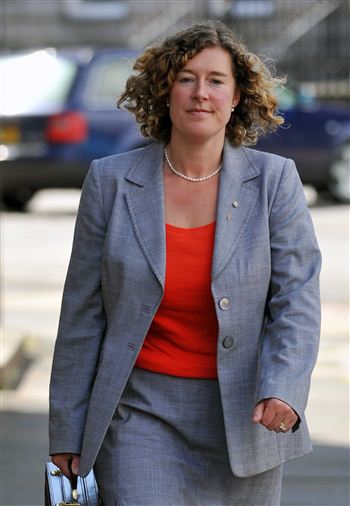 
AN EMPLOYEE at one of Scotland’s most exclusive private schools suffered a miscarriage after being bullied by the headmaster, a tribunal has heard.

Admissions officer Fiona Gordon is suing Loretto School in East Lothian over alleged sex discrimination after she claims she was targeted for taking maternity leave.

She claims head teacher Peter Hogan started bullying her after she told the £8,700 per term school that she was pregnant.

Mrs Gordon told an employment tribunal in Edinburgh that she was informed of changes to her employment just one month before she was due to give birth.

And she claimed that she miscarried a different pregnancy because of the stress of the job when she returned from maternity leave.

She told the panel: “When I was eight months pregnant I was told that alterations would be being made to my terms and conditions at work, and to the department.

“And when returned to work in January this year decisions had been made during that time which in effect meant I had been demoted.

“I believe that the changes would not have been made if I were not pregnant at the time, and taking maternity leave.”

Mrs Gordon went on to describe the effect that the miscarriage had on her, leading to sick leave between February and March this year.

Her voice broke as she told the tribunal: “My husband and I were pregnant with another baby but subsequently lost it which I believe was due to the stress of this situation.

“I have been very ill and have had to receive counseling after we lost our baby.”

A spokesperson from the school said: “Loretto will play a full and supportive role throughout the employment tribunal proceedings and will defend the school’s position on any issues raised during the process.”

There are five charges in total – all relating to discrimination and bullying – for which evidence will be given over the next six days as the trial continues.

The school is attended by over 540 pupils aged three to 18 across two campuses in Musselburgh.