Newburgh Primary pupils are Friends of the Forces 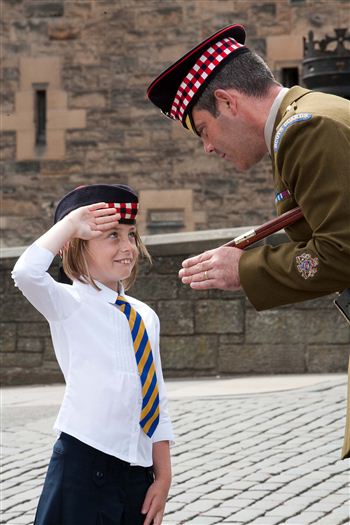 PUPILS from a Fife primary school have taken home a top award for their continuing support for the Forces.

Newburgh Primary is the Scottish winner of the youth category of the inaugural Friends of the Forces Awards, launched by the British Legion and supported by Prince Harry.

The children in primaries four to seven produced a detailed study of war memorials in their area, and uncovered the story of twin brothers John and Thomas Cairncross, from Newburgh, who were killed on the same day during World War II, aged just 19.

The school choir also performed their own song ‘We will remember them’ at Edinburgh Castle.

Charley Clark, 9, is in primary four at Newburgh, she said: “It is very exciting that our school has won an award, and it was really fun to sing at the castle because I love singing.”

Susan Mitchell, has been head teacher at the school for 16 years, and said she was very proud of the children for all of their efforts.

She said: “We were delighted to have been nominated and even more so to have won. 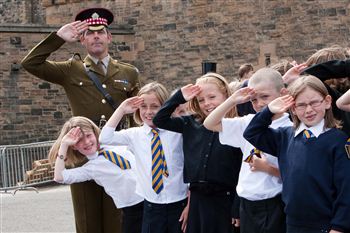 “The school choir has sung at the War Memorial on Remembrance Sunday for a number of years and this is now accepted as part of the service.

“They are all very well behaved – we know we can take them anywhere.”

Last year, 10 pupils accompanied Scottish veterans to the Cairncross twins’ cemetery in Anzio, Italy, and met with other children there to explain the project.

Gordon Pitkethly, a member of the Scottish branch of the legion for 25 years, said: “Through the awards the two legions seek to salute those deserving of recognition and encourage others to make a contribution to the military covenant between the Armed Forces and the nation.”