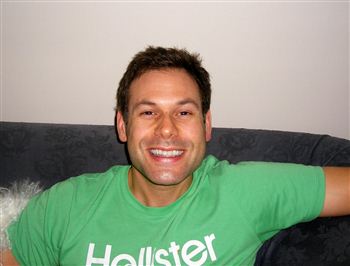 TRIBUTES are to be held for tragic firefighter Ewan Williamson, who was killed a year ago while tackling a blaze at the Balmoral Bar in Dalry Road, Edinburgh.

Stations across Lothian and Borders will stop for a minute’s silence to mark the one year anniversary of the 35-year-old’s death.

He was the first firefighter to die fighting flames in the history of the Lothian and Borders Fire and Rescue Service, leaving behind devastated colleagues, family, friends and a shaken up community in mourning.

Following the tragedy, thousands of people lined the streets of the capital to watch his funeral cortege.

As Ewan and his colleagues battled against the flames in the Balmoral that night, 20 people – including a baby – were saved.

His best friend since childhood, Tony Coia, 34, said he still misses him everyday.

He said: “I’ve been thinking about how I’ll feel when July 12 comes round again, but we just have to get through it.

“You always hear all these wonderful things about people after they die, but with Ewan all of them are true.”

The pair grew up together in Kinross, Fife, and Tony and his wife Vicky made Ewan the godfather to their children Zoe, seven, and Sean, four.

Tony said: “They really miss him.

“Sean said to me just the other day ‘I wish Uncle Ewan had been a postman or worked at the swimming pool because then he wouldn’t have been in the fire’.

“I feel the same way, but he was a dedicated fireman and at least we can say there are people alive today because of him.”

Ewan left behind his mum Linda, sisters Rebecca and Rachel, and girlfirend Lynsey, 29, all of whom Tony says have been “amazingly strong.”

Following the fireman’s death, police launched an investigation into the circumstances surrounding the incident, and these inquiries are still continuing.

A spokeswoman for Lothian and Borders Fire and Rescue said: “Much has happened in the year since Ewan died but there is no doubt that the impact of his death sent shockwaves throughout the service, which is renowned for being a close knit community.

“All the stations across the region will be marking his death in moments of silence.

“We will be thinking of his family and friends at this time, and remembering the massive contribution he made to the service.

Catching up with old friends…