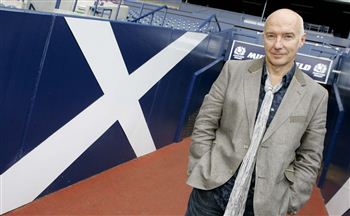 Footdown is a support mechanism for those looking to start their own business, which offers advice to even the most experienced in industry.

The project began in 1988 in Bath, with 15 original board members, and finally reached Edinburgh on Wednesday after spreading across several parts of England.

Launched at Murrayfield rugby stadium, the organisation allows business leaders to learn from others’ experience, preventing them from making any of the same mistakes they have seen over time.

Midge Ure, originally from the outskirts of Glasgow, became involved with Footdown after the main instigator of the group – Andrew Mercer – saw him put on a charity evening at his daughter’s school in Bath, where he lives now.

Mr Ure said: “I got into it by accident, as at the charity event I spoke about my life and the good and bad bits about it.

“I had never heard of Footdown, but this man in the audience came over to me and asked if I would come and speak about my life again in front of a very small and intimate audience.

“After the talk they invited me to join the group, and by this time I had a little more information as to what it was, and I told them ‘I think you’ve got the wrong guy’.”

However, Mr Mercer explained that Mr Ure’s leadership roles – such as organising Live 8, a mass-scale charity concert at Murrayfield just 5 years ago – would be invaluable to the company’s library of experience.

The former Ultravox frontman said: “It was after that conversation that I realised what they meant – whenever I am organising events I do need help around me.

“When I was trying to pull together Live 8, I called on a host of other businessmen with more experience than myself to help make it happen – and that is exactly what Footdown offers new leaders with a goal in mind.”

Mike Roe, chief executive of Footdown, said: “Footdown is a leadership, mentoring and coaching company, and I guess you’d say we are passionate about helping leaders and leadership teams to be the best they can be.

“We do that by bringing together entrepreneurs and business leaders from across the country, and they operate in groups, coming together once a month. 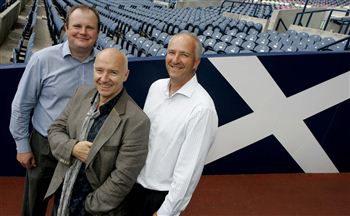 “I think everybody recognises that from time to time leaders need to be better informed about what they’re doing to help them become a bit more inspired about doing it, and for a lot of CEO’s it can be quite lonely so it makes them feel less isolated.”

Cameron Thompson, leader of the Edinburgh Footdown group, said he was asked to get involved after the company decided to launch in the Capital.

He said: “I think in Scotland it will help to build on a reputation we already have, for developing absolutely world class leaders.

“Throughout history this nation has given a lot to the world and I think the passion at Footdown is to create some of the best leaders on the planet.

“I think across a number of fields we have some tremendous talent in this country – I am only interested in what we can create for Scotland and ultimately the UK – and if that has economic and social benefits then we’re doing the right job.”

The company hopes to develop further groups around Scotland, after the Edinburgh branch is up-and-running, just as it has done in several places down South.

For more information about getting involved with Footdown visit their website at www.footdown.com