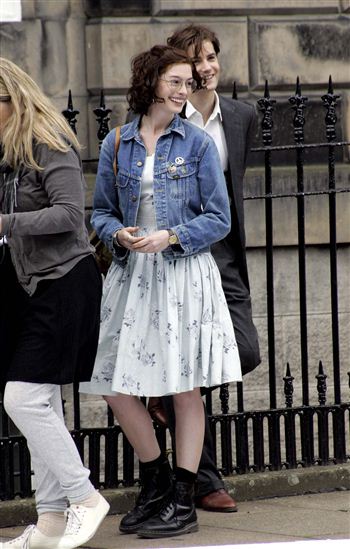 CELEBRITY starlet Anne Hathaway was spotted in Edinburgh today, after filming for her newest venture, ‘One Day’, got underway over the weekend.

Members of the public looked on in awe as the actress mulled around with co-star Jim Sturgess at Moray Place, in the city’s New Town.

The romantic comedy is based on the 2009 book by David Nicholls, and tells the story of Emma (Hathaway) and Dexter (Sturgess) who meet for the first time during their graduation ceremony, and proceed to plan meetings once every 20 years thereafter.

As the film is set in 1988, the street was lined with old-fashioned cars, including Capris and Marinas, in order to create an authentic set. 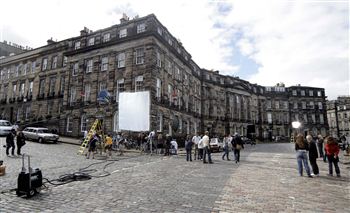 Hathaway looked relaxed wearing a summer dress and black Doc Marten boots as the pair ran through their lines.

Actor Ken Scott plays Sturgess’ character’s father in the movie, and he was also present on set.

Filming is to continue throughout the week at various spots across the Capital.

Everything you wanted to know about film post-production