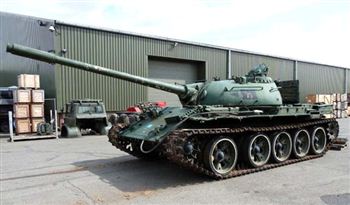 A TANK which went up for public auction on the internet has sold for more than twice its estimated value.

The Soviet-designed T55 Battle Tank was captured from the Iraqi army by UK Armed Forces during the first Gulf War.

The four-tonne military machine was valued at just £5,000 when it first went under the hammer last week.

Now, after a frantic flurry of bidding, an unnamed war memorabilia collector has snapped up the huge vehicle for £12,500.

The seller, Paul Southerington, has been the MOD’s only authorised vehicle and equipment dealer for eight years.

He said he had no idea why the winning bidder would want a tank, but suggested it could be “put in the garden to scare the neighbours.”

His website, MOD-sales.com, is an online showroom of British and global military gear past its use-by date. 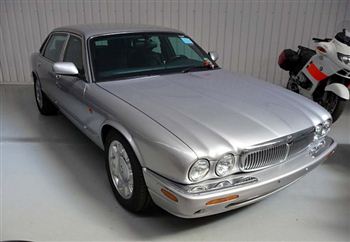 Ranging from James Bond style watches and satellite phones to ex-Government ministers’ bullet-proof Jaguars and helicopters, the items on sale are rarely bought by the mainstream market.

Having survived real-life wars, some vehicles are purchased by film crews to meet their fate in fictitious battle zones.

Others are brought back to life by corporate entertainment firms, such as 4×4 off-road driving adventure centres or paintball sites.

One ex-Army truck for sale carried the ominous listing note that bullet-proof glazing could not be guaranteed due to previous conflict damage.

But when price-compared to their new showroom equivalents the ex-MOD vehicles show their military might, often blasting mainstream dealers out of the market.

Southerington, 47, says his kit is “honestly priced” rather than cheap.

He said: “Where do you start when pricing a tank – it’s an unusual item even for us and I had no idea what anyone would pay for it, never mind what they’d do with it.

“We’ve deactivated the gun obviously, because we don’t sell weapons.

“The tank has a range of potential uses I suppose; a museum might want it or a collector might just want to put it in the front garden to scare the neighbours. 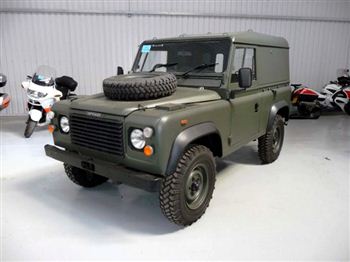 “The other stuff, more useful vehicles, those are honestly priced because they’ve been used often to extremes.

“But they are also honestly listed so when we say something is in good condition it really is, and when something doesn’t work we will state that clearly too.”

An MOD spokesman confirmed they were happy with the working relationship they have with Mr Southerington’s business.

They said: “We use them as our agent as it is a good way to collect, market and sell the ex-service items.”