A 14-MONTH-OLD boy nearly ended up a human piggy bank before doctors saved him from choking to death on a 20p coin.

Danny Mentiplay, from Dunfermline, swallowed the coin on June 30th after being asked to look after it while dad Allen was away.

After being rushed to Edinburgh’s Sick Kids Hospital, battling doctors managed to remove the coin lodged in the youngster’s throat after an hour-long emergency operation.

Mum Tara said that were it not for the swift actions of NHS staff and surgeons, her son could have died.

She said: “He must have picked the coin up off the floor – next thing I knew he’d swallowed it and started to choke.

“I turned him upside down, patted his back, but nothing was budging it, so I phoned 999 as I knew if I left it any longer it would be really serious.

“He was choking and I could see that he couldn’t breathe.

“He went a greyish-blue colour and I was getting really scared, but the person on the end of the phone calmed me down and told me what to do.

“I sat down in the hall and put him over my knee and gave him five hard pats, then by some miracle he suddenly swallowed it and started breathing.”

Despite avoiding death by swallowing the 20p, x-rays at the Sick Kids Hospital revealed that the coin was still lodged in the lower part of Danny’s throat.

And now following the successful operation to remove the coin, Danny is safe recovering at home after his stint as a human piggy bank.

Mrs Mentiplay added: “We had hoped that he’d fully swallowed the coin, but the x-ray showed that it was stuck in the middle of his throat.

“At about midnight they operated on him for an hour while he was under general anaesthetic.

“It made him a bit groggy and the whole experience was a scare, but luckily he’s now recovering at home – he’s just a bit croaky.

“I can breathe a sigh of relief now and smile at the thought of him acting as a human piggy bank, but it was the scariest thing I have ever experienced.”

Mrs Mentiplay praised the work of the NHS staff, without whom she said little Danny could be dead.

“I’m so grateful to paramedics and staff at the Sick Kids for making my wee boy safe – without them, he could be dead.

“They did an amazing job.”

Mr Mentiplay added: “I told Danny to look after Tara’s money while I was away, but I meant him to put it in his piggy bank, not his tummy.” 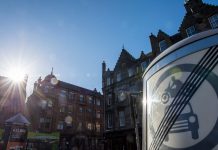 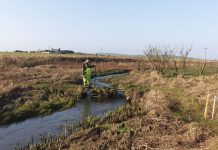 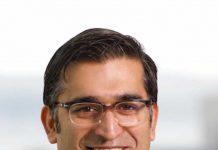