Rock and roll plan to get writers touring Scotland 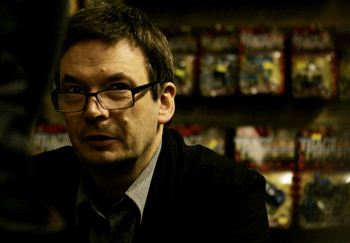 LITERATURE may be the new rock and roll, but organisers are hoping that a new initiative to create a touring network for writers will not lead to a spate of trashed hotel rooms and televisions being thrown through windows.

Authors who want to take their book launch events out on the road need look no further than Book Nation, a new enterprise managing book tours across Scotland – and not just during the summer book festivals.

With £60,000 of funding from the Visit Scotland Growth Fund and support from Creative Scotland, Book Nation will draw on the resources and expertise used to stage Scotland’s 42 book festivals to hold events at other times of the year.

The bid to get writers out on the road is based on the organisers’ view that Scottish literature is going through a golden age with the likes of Alexander McCall Smith, Iain Banks, Ian Rankin, JK Rowling among those reaching rock and roll type fame.

Speaking about the new initiative, Alistair Moffat, Director of Book Nation, said: “This is a simple and powerful idea.

“When writers come to Scotland, especially if they are coming a distance, it makes every sort of sense for them to tour while they are here.

“The reasons for Scotland’s place as the World’s Book Nation are rooted in our history.

“As the first place to see mass literacy because of the particular nature of the Scottish Reformation of the 16th century and because of the traditional emphasis on the transformative power of education, Scotland has always warmed to writers.

“After all, our capital city has the largest monument to a writer anywhere and the main line station is named after one of Walter Scott’s novels.

“More than that, the 21st century has seen a tremendous flowering of Scottish writing and a powerful groundswell of new work.”

The Book Nation initiative will be launched at the Edinburgh International Book Festival on 19 August.

Festival director Nick Barley was enthusiastic in his support for the tour idea.

He said: “The explosion of literary festivals here demonstrates just what an important role books play in this country’s cultural life.

“We are proud to be playing our part in the Book Nation initiative, which seeks to underline Scotland’s claim to be one of the world’s great literary nations, while also making it easy for authors to plan a book tour to more than one of the great book festivals that Scotland enjoys.”

Lord Robert Winston will appear at the University of Dundee on 18 August to present his new book ‘Bad Ideas?’ which looks at how brilliant inventions can be used to the detriment of man.

Margaret Drabble will be at the Town Hall in St Andrews on 20 August and then the Corn Exchange in Melrose on 21 August to read from her new book ‘The Writers Britain.’