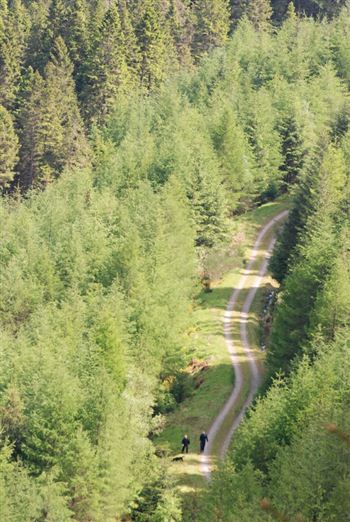 A SUCCESSFUL hunt in the search for the body of missing Edinburgh officer worker Suzanne Pilley would feel “like winning the lottery” for her father.

Robert Pilley, 67, gave an emotional interview tonight ahead of a large-scale search in the Argyll Forest this weekend.

Police and volunteer mountain rescue experts will scour the dense forest on Saturday and Sunday in a bid to retrieve her body.

Mr Pilley said he was hopeful the search would be successful but said the three months since his youngest daughter disappeared had been “heartbreaking.”

He said: “The whole family’s totally devastated. I just don’t know when it’s going to end.

“If we could find her body, if that was the case, it would be sad to say but we would be able to lay her to rest.

“I just keep on thinking is she going to be another one of these things that is going to go on and we’re never going to find the body.

“The shoe should be on the other foot – she should be putting me to rest, not me putting her to rest.”

Her ex-lover David Gilroy is charged with her murder.

Asked when he began to realise his daughter may have been victim of a criminal act, Mr Pilley said: “Being truthful I reckon it was probably within the first four or five days.

“When I saw it on the television, the forensic chaps going about in white suits going about her flat, I though, there’s no way that Suzanne could live with that.

“I know that something terrible has happened to her.

“She never would have put us through this. It’s just totally devastating.

“It’s the thought that you’re never going to see her again – this is the whole thing. It’s really heartbreaking.

“I’m hoping that at the weekend they can come up with something.”

Mr Pilley also told of how he missed the everyday things Suzanne’s presence brought to the Edinburgh family’s life.

He said: “If she was going to the gym she would phone up and say oh dad I’ve lost my bus pass could you come and pick me up.

“Or if she’d been at the shops and she’d say I’ve got more than I can carry can you pick me up.

“She didn’t stay far from us so when it’s your own children the father’s always there at the beckon call.

“This is what you miss.

“You miss the wee kiss at the door and things like that.”

Since the 38 year-old disappeared in May, her father still hopes she may be alive.

He told of how his “heart stops” when he sees women who look like her.

He said: “Even when we go to the shops you often you maybe see a girl walking down the isle, and it’s happened a few times, the girl with the same coat on, the same colour of hair, the same height and your heart stops for a minute or two.”

Asked how he will remember Suzanne, he said: “Bubbly, always laughing, liked a joke and loved the outdoors.

“She really did love the outdoors and that’s what sticks in my head.

“If anybody’s going to lay her to rest up there it would be me.

“She would have loved to have known she would be laid to rest up there, but not under the circumstances.”

As over 100 people get set to search the Argyll hills, Mr Pilley told how police officers took him and his wife to the areas they believe their daughter may be.

He said: “The liaison officer took us up there, took us around the sites where they suspect that Susanne’s body could have been buried.

“Glen Croe, Honeymoon Bridge, they took us all around there for virtually the whole day.

“We realise what kind of task the police have got to try and find Suzanne.

“I really appreciate that all these volunteers are coming out on Sunday, giving up their weekend to search for Suzanne and hopefully they’ll find something.

“Not that I’ve won it, I dinnae ken what it’s like to win the lottery but, it would be like that I would think.

“I know it’s maybe the wrong thing to say but I probably would be over the moon.”

The man leading the search is determined to target key areas of the vast and varied Argyll terrain.

Detective Ch Insp Gary Flannigan said: “To undertake a search like this is very unusual in such challenging terrain, and it’s a first for Lothian and Borders Police to have the assistance of mountain rescue teams from all over Scotland.

“Since Suzanne was reported missing, searches have been based on national advice and guidance on the most appropriate techniques for covering such a vast area of varied terrain.

“The search this weekend is no different, with expert advisors pinpointing the areas to be covered.”