Irvine Welsh gives fans a chance to be in new novel 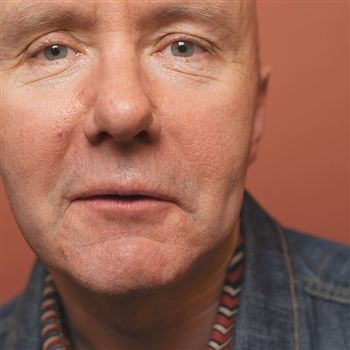 HIS previous characters became immortal with the names Renton, Sick Boy, Spud and Begbie still famous the world over.

Now Scots author Irvine Welsh is preparing to give fans the chance to join them by naming one of his new characters from his forthcoming prequel to hit novel Trainspotting after them.

The original book, which one critic said “deserves to sell more copies than the Bible”, helped launch the careers of actors Robert Carlyle, Ewan McGregor, Kelly MacDonald and Johnny Lee Miller when the film adaptation came out.

Skagboys is due to hit shelves in April 2012 and goes back into the past of the now-famous heroin addicts in Leith.

The opportunity to become part of the storyline is up for grabs in order to raise money for a street kid’s charity.

Scottish Love in Action (SLA) care for destitute children in India and are running the competition as well as putting on a special screening of the classic film followed by a Q&A with Welsh.

Welsh said that it was his own experiences in India that led him to support the Scottish charity.

He said: “I’ve been a frequent visitor to India and have visited several projects in Calcutta on behalf of UNICEF.

“Poverty is obviously a huge issue, but lack of opportunities go beyond essentials like food and shelter and employment.”

As well as the competition, Welsh is hosting a screening of the 1996 adaptation of Trainspotting in September.

The money raised from both events will go to SLA which helps support 600 children and make sure they get an education.

Set up by Scots nurse Gillie Davidson after she visited the country in 2000, SLA looks after many orphans.

Gillie is thrilled to have the support of Welsh is raising money for the kids.

She said: “Many of the children we care for have only managed to survive by scavenging in rubbish tips, or living on the streets where they are open to being trafficked into prostitution or forced labour.

“We give these children a chance in life.

“Irvine Welsh has been fantastic.

“We’re grateful to him and all the others who have given their time and talent to make a difference to the children we care for.”

The charity needs to raise £300,000 a year to care for the children, providing their home, food, clothing and education.

The special screening of Trainspotting with take place at the Dominion Cinema in Edinburgh on Wednesday September 1.

Tickets cost £20 and can be bought at www.sla-india.org where the character naming competition can also be entered.