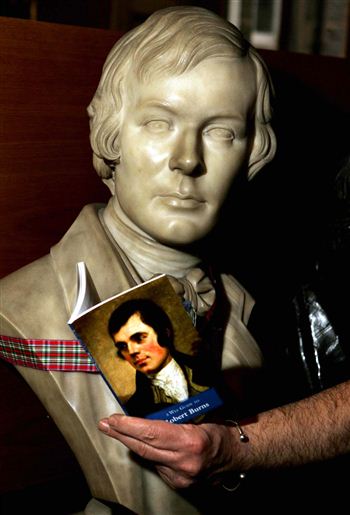 A NEW £21 million museum celebrating the life of Robert Burns is set to open in Alloway on 1 December this year.

The flagship display will boast a number of items relating to the Scottish Bard that have been rarely seen by the public.

The precious artefacts on exhibition include a pair of inscribed pistols, and a cast of Burns’ skull made by experts who thought that they could use it to work out the origins of his genius.

Nat Edwards, director of the museum said: “This is the first time that they can all be seen under the one roof, in a modern museum that will make Burns’ life accessible to people.

“We are confident the museum will become one of Scotland’s most prestigious destinations, with an expected 300,000 visitors a year.”

“Burns is arguably one of the most important people Scotland has given to the world.

“With this museum, we are at last going to do justice to Robert Burns.”

Until the opening of the museum, many of the objects were held in different locations around Scotland, including the archives of the National Library of Scotland and the Burns’ Cottage Museum in Alloway.

Other items on display include a manuscript for Auld Lang Syne dating back to 1787, and a writing set that Burns carried with him on his travels.

The macabre cast of Burns’ skull was made in 1834 after his grave was opened to admit the body of his wife, the “Belle of Mauchline” poet Jean Armour.

Skull scientists – known as “phrenologists” – thought that they could divine more details about Burns’ personality by measuring the dimensions of the skull.

David Hopes, curator of the new museum, said that the cast reflects the “intense interest” in the Bard’s character after his death in 1796.

He said: “Burns had only been dead for 38 years but there was intense interest in his character.

“It’s the equivalent today of taking a cast of JFK – there was the same level of obsession about Burns.

“Burns became a cult in Scotland’s Presbyterian culture and I believe he filled the gap left by religious icons and saints.

“He took on the role of a saint in Scotland – that’s why there was such an obsession with him, to the point where they opened his coffin and took a cast of his skull.”

A Library has announced the appointment of the role Orkney Scriever