Singing in front of the Pope is all down to Faith 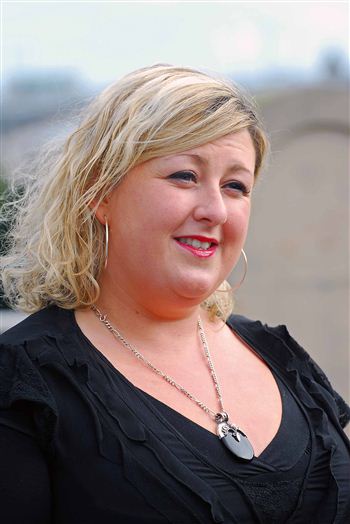 SCOTS singer Michelle McManus said her chance to join superstar Susan Boyle performing for the Pope next month is all down to Faith.

The pair will share the bill at Glasgow’s Bellahouston Park when Pope Benedict XVI holds an open air Mass for thousands of worshipers.

Michelle, 30, who attended St Ambrose High School in Coatbridge, said: “My mother and I visit Lourdes every year and to have been asked to sing for the Pope is an opportunity I would never have expected.

“I’ve not been picked because I hold any sort of fame.

“I’ve been picked because of what I believe in, and that’s the only thing I want the day to be about. I am not doing it for any publicity – I’m doing it because I am a Catholic myself.

“It is a huge honour and the only reason I wanted to sing is because of my own faith.”

The 2003 Pop Idol winner, who now presents STV show The Hour, will perform a song written by her cousin Mark at the 100,000-capacity event.

And a spokesman for the Catholic Church in Scotland said: “We’re absolutely delighted that Michelle will perform at the Papal Mass at Bellahouston next month.

“The fact that the song she’s singing is written by her wee cousin Michael will make it a very special moment in what is shaping up to be a very special and historic day for Scotland.”

Meanwhile SuBo, from Blackburn in West Lothian, is the latest to reveal it is going to be her dream come true to sing for Pope Benedict XVI.

‘Something I’ve always dreamed of’

The Britain’s Got Talent runner-up will perform three songs – before, during, and at the end of the Mass – including her best-known chart topping single I Dreamed a Dream, as well as two hymns. 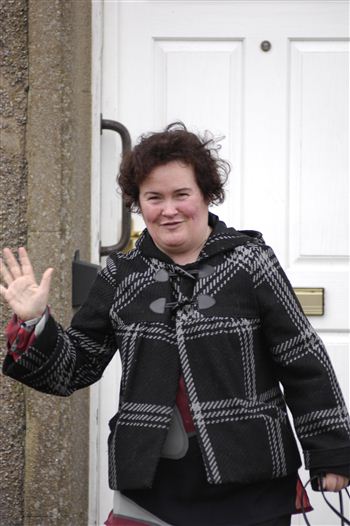 The 49-year-old said: “To be able to sing for the Pope is a great honour and something I’ve always dreamed of – it’s indescribable.

“My family will be there on the day on what will be a very special day for all of us and I hope they will be proud of me.

“The Pope’s visit is a very big event for Scottish Catholics.

“My own faith is the backbone of my life, I pray and say the rosary each day and am very close to my religion.”

Cardinal Keith O’Brien, Archbishop of St Andrews and Edinburgh, said he was delighted Ms Boyle had agreed to perform for the Pope.

He said: “I think it is wonderful that she will have this once in a lifetime opportunity and as her bishop I am hugely proud of her.”

The Pope will visit Britain from September 16 to 19, starting in Scotland.

The Queen will meet him at Holyroodhouse in Edinburgh and he will then have lunch with Cardinal O’Brien.

Afterwards he will travel to Glasgow where tens of thousands of people are expected to attend the giant blessing.

It is also the first official Papal visit to Britain, as the 1982 visit was a pastoral one.

The capacity for the Bellahouston event is 100,000 and around 66,000 people have already confirmed their desire to be there.