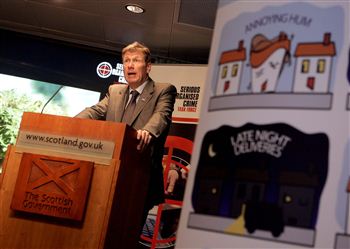 CABINET Secretary for Justice Kenny MacAskill is urging Scots to work together to weed out crime gangs at the heart of multimillion pound illegal cannabis cultivation businesses.

Police forces across the country have seized 130,000 plants – enough to cover Hampden, Ibrox and Parkhead’s football pitches – with a value of almost £40m, since a national crackdown in 2006.

A new campaign launched today (Mon), aimed at targeting groups responsible for the mass production of the Class B drug.

Mr MacAskill said those responsible are often of South-East Asian origin, bringing in armies of “gardeners” to oversee the successful growth of the plants.

He said over the past four years 74 per cent of the 304 people arrested were Chinese and 22 per cent Vietnamese.

Mr MacAskill said the money used from the sale of cannabis is often used to fund even more serious crimes like prostitution and human trafficking.

He said: “It is the most widely misused drug in Scotland and the profit is regularly used to provide money for other serious crimes.

“The fact that so many of the individuals involved in cannabis cultivation are of South-East Asian origin should not be seen as us targeting a community.

“Nine out of 10 of those arrested for these particular crimes are of South-East Asian descent and it would be negligent if we refused to acknowledge that reality.

“There is a need for us all to work together on this – not just the law enforcement agencies.

“The people responsible for these crimes make other people’s lives a misery and I believe hard-working Scots are entitled to be protected from it.”

The £25,000 campaign is being led and funded by the Scottish Crime and Drug Enforcement Agency (SCDEA), and will bring people’s attention to the tell-tale signs of cannabis cultivation.

Deputy Chief Constable Gordon Meldrum had a clear message for the organised crime groups, he said: “Enjoy it while it lasts, because you will never know how close we are to finding you.”

He added: “These illegal and highly dangerous cultivations are quite literally on people’s doorsteps.

“These are not the kind of neighbours anyone wants or needs.

“They won’t care about your quality of life, or if your 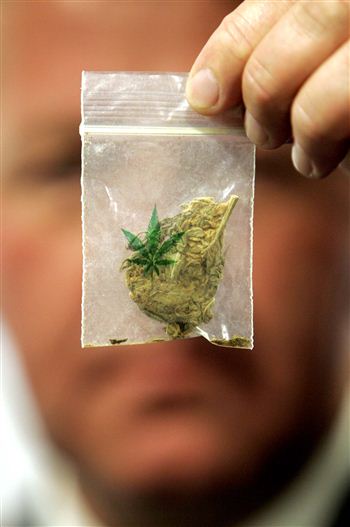 home goes up in smoke because of the risks they take to make profit.

“We need people to be the eyes and ears of their communities, and hopefully by outlining some key signs people will be able to help us identify where more of these operations are taking place.”

The signs they say people should be looking out for are: blacked out windows – occasionally with condensation on them, premises which appear unoccupied most of the time, a low level buzzing sound, a strong smell, and unusual levels of heat coming through walls and floors.

A typical cannabis cultivation of 500 plants uses around 200,000 kilowatts of energy per year, which is enough to power one family home for 36 years – leading to a serious risk of fire and endangering those living in neighbouring flats.

He said: “People need not worry about their neighbours finding out they reported them – we don’t need your details, just the information you have.

“In 22 years of operating we have never broken the anonymity promise.

“We do not need to take your name, we do not trace your call and we do not tape calls – all we need is what you know.”

After receiving a tip-off from the public, police then put the reported property under surveillance and build evidence before asking a Sheriff for a search warrant.

DCC Meldrum said people should not be worried about wasting police time with information they are not sure about. 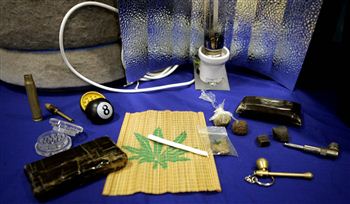 He said: “Anything you think you might know could be just what we need to catch these groups.”

At the launch of the campaign, a table displaying cannabis cultivation tools was available to be viewed.

It showed a number of instruments – many of which had been seized during a police raid at a property in Glasgow – including high density light bulbs, makeshift air vents, and ‘seed grinders’.

The awareness-raising campaign will be aired on regional radio stations for two weeks, and adverts will appear on buses from 6 September in various locations across Scotland.

–          Blacked out windows, occasionally with condensation on them, or curtains or blinds that are permanently closed

–          Premises appear unoccupied most of the time but with people, often of South-East Asian appearance, seen visiting late at night or into the early hours

–          Visitors to the premises may be seen bringing in building supplies and/or gardening equipment, which may be carried in boxes or suitcases

–          Unusual levels of heat coming through walls and floors, which may be more noticeable in flats