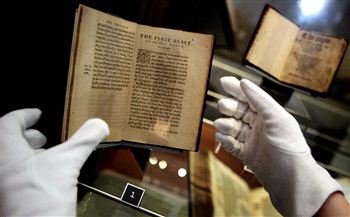 A FAMOUS historic work by John Knox will go on display tomorrow (Wed) at the National Library of Scotland, along with other exhibits to mark the 450th anniversary of the reformation.

The first edition of The First Blast of the Trumpet, published in 1558, was a controversial work in which Knox argued that the Bible said women should not bear rule over men.

Originally the book was published anonymously, as Knox wanted to conceal his identity until he issued another two ‘blasts’ – though no more were ever published.

The reformation dates back to 1560 when the Scots Confession of Faith – confirming the abolition of the Pope’s authority in Scotland – was approved by the Scottish Parliament.

This is included in the library’s collection, as well as Archbishop Hamilton’s Catechism, a 1552 text outlining the Catholic Church’s beliefs, written in Scots prose.

Dr Anette Hagan, senior curator of rare book collections at the National Library of Scotland, said: “Our latest display is a fantastic showcase of key artefacts relating to the Scottish reformation, which is one of the most important events in our country’s history and had repercussions reaching far beyond the dramas of John Knox’s quarrels with Mary Queen of Scots.

“These texts show a turning point in religion, as they were written either in English or Scots tongue – the first time ever not in Latin – which meant people could read about the faiths they were being taught.

“Many of these pieces were not published in Scotland, and I think it draws attention to the fact that Europe was actually heavily involved in the move towards reformation.” 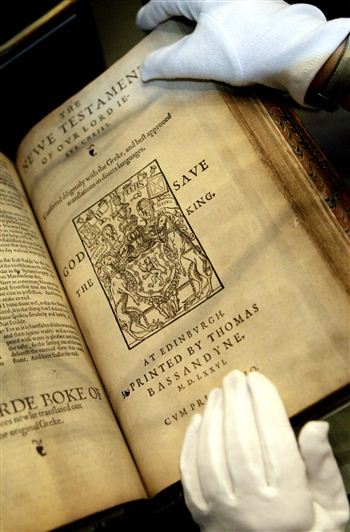 Also central to the display will be the Bassandyne Bible from1576, the first complete Bible printed in Scotland.

The church worked with the Edinburgh printer Thomas Bassandyne and merchant Alexander Arbuthnot to produce this edition of the Geneva Bible which had been translated by English and Scots Calvinists.

Ms Hagan said: “It marked a switch in international alliances away from Catholic France and towards Protestant England, enabling the Union of the Crowns in 1603, and established Calvinism as one of the dominant influences of Scottish life, leading to centuries of hellfire sermons – but also to a society with a strong sense of social responsibility and the highest rate of literacy in Europe.”

The collection also shows pieces from the pre-reformation period, including the Missal of Paisley High Alter, displayed until recently at Paisley Abbey.

Helen Vincent, a senior curator at the National Library of Scotland said: “This piece was brought to Scotland just before the reformation began, and it shows the Catholic Church most definitely did not think it was just around the corner, or else they may not have transported it such a long way.

“We hope visitors to the library enjoy taking a journey through Scotland’s history, and we hope it brings to people’s attention that there is more to the reformation than just Knox and his blasts.”

The collection will be on display until 31 October.