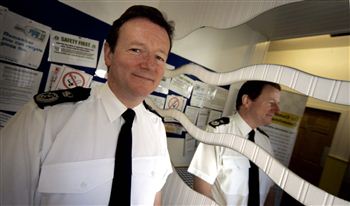 A SCOTTISH police chief has hailed the idea of a minimum price of alcohol in Scotland, saying it could contribute to a reduction in violent crime.

The Scottish Government announced today (Thur) it wants to introduce a minimum price of 45p for every unit of alcohol sold.

Chief Constable Strang said: “Without a doubt alcohol is a contributing factor to many of the calls we get.

“Whether it is crimes of domestic violence, child abuse, and deaths on the road, the misuse of alcohol can very often play a part.

“I am really keen that Scotland should tackle the harm that is caused by alcohol – the wide availability of it if it is unhelpful.

“I think that a minimum pricing would do something towards the reduction of the amount consumed, which would have an effect on alcohol related crimes that often involve violence.

But – the police chief said the introduction of the scheme, if it is to go ahead, would not be enough on its own to completely wipe-out the problem.

He said: “Clearly it is not going to be the only answer – if the law is passed it will not be the case that everything is solved, but I do believe it will be helpful.”

Earlier this year, it was reported that the chief constable of Strathclyde Police – Scotland’s largest force – backed the calls for a minimum price on alcohol.

Chief Constable Stephen House said in his experience he had seen many cases of drink-fuelled murders and attempted murders, and that cheap booze played a role.

He said: “There have been several high profile homicides which have not been stranger attacks, but what we term relationship homicides.

“But what we also have is another pattern where drink is involved.

“Do I believe pricing in supermarkets and off-sales chains plays a role? Yes.

“We need to raise the cost of alcohol – it would be crazy not to.” 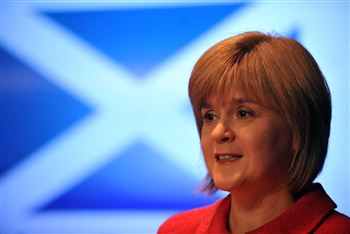 added that it would not be a stand-alone solution, suggesting that fewers places be allowed to sell alcohol or restrictions to be put on the number of offsales.

He said: “The reason we have such a high murder rate is that people are drinking too much, in terms of offender and victim.”

She said that changing the law so alcohol could not be sold cheaper than 45p a unit would mean 50 fewer deaths from alcohol in the first year alone.