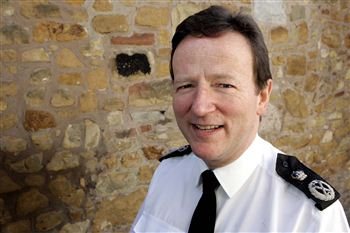 ONE of the men in charge of policing the Pope’s visit to Scotland later this month said he anticipated an “extraordinary” event.

Pope Benedict XVI will fly into Edinburgh on September 16 as part of his four day state visit presenting an enormous challenge to policing his visit to the city and journey west into Glasgow.

But Lothian and Borders Chief Constable David Strang, head of his force since 2007, said: “It is going to be an enormous event for the city and for our force, and of course for Strathclyde Police,as the Pope makes his way to Glasgow.

“I think it will be an extraordinary day for the city, and for the whole country.

“With the Queen’s involvement too the visit is set to pull in a high level of international media interest which can only be a good thing for Scotland, and we are confident we can handle things at this end.”

He added that his force will be fully prepared for the Pope’s visit later this month – putting his confidence down to experience.

Chief Constable Strang said his constabulary has been covering major events in Edinburgh for many years, giving the annual Hogmanay party as an example – which has seen up to 100,000 people take to the streets.

He said: “For us as a force we are used to dealing with big events in Edinburgh – for instance, the annual Hogmanay street party which is always a big night for policing.

“And we have covered royal and state visits in the past, so this one will not faze us.

“It is something we are aware of and have experience of but we are very confident about our policing plans.”

His comments come after reports that the Papal visit is to cost the city £400,000.

Tom Aitchison, chief executive of City of Edinburgh Council, confirmed last month that the cost of preparations across all the council departments will be “several hundred thousand pounds, and up to £400,000.”

After flying in to Edinburgh Airport, he will have meet with the Queen at the Palace of Holyroodhouse before leading a parade along Princes Street and up Lothian Road – which will require a huge police presence.

Two Protestant organisations have plans to hold protests which will coincide with the pontiff’s visit, one by holding a silent witness, the other with a petition.

The Grand Orange Lodge of Scotland has been in talks with the city council and the police about staging a silent witness.

The Independent Orange Institution of Scotland has also approached authorities about presenting a petition to the Scottish Parliament on the same day.

But – it is not clear whether either of the proposed events will go ahead, as council chiefs are still in talks with organisers.

A spokesman from the council said they will facilitate peaceful and responsible demonstrations, but stressed no marches were being planned.