A DARING Luftwaffe bombing raid on the Forth Bridge has provided inspiration for a new graphic novel from Commando action comics.

The story is based on a 1939 dog fight over the Forth when Spitfires from RAF 603 Squadron engaged 12 Luftwaffe Junkers Ju 88 bombers as they tried to destroy the iconic Forth Rail Bridge.

Now the story has been immortalised in a book called ‘Divided Aces’ by Edinburgh based writer Ferg Handley.

Ferg had written before about the Battle of Britain, but never about the Scottish aspect of the confrontation.

He said: “A while back I wrote a Commando book set during the Battle of Britain in southern England and it started to bug me that there was so little literature on the same battle in Scotland.

“I was amazed to learn that the first German aircraft to be shot down by the RAF was in Scotland, a bomber which was involved in a failed attempt to bomb the Forth Bridge.

“Of course there was a certain amount of research to do.

“The main problem was working out which type of airfield to use, as they varied in size and had different functions.

“RAF Kenmure, the one in the story, ended up loosely based on RAF Drem in East Lothian.”

The Firth of Forth was frequently attacked by Hitler’s airforce during the Second World War, with the docks at Rosyth being a frequent target for marauding German warplanes.

The docks were a target right from the outset, with the first raid coming on 16 October 1939, just a month after war was declared.

As well as telling the story of the air battle, Divided Aces also features Edinburgh.

Ferg explained: “I wanted to depict the beauty of Edinburgh, to suggest that it was so important to protect the city.

“Jose Maria Jorge, the artist, is Spanish, so kudos to him for doing such a good job.

“He got so many small details in.

“I’ve already set a Spiderman story in Edinburgh, and a Commando book about the Borders Rievers which had some Edinburgh scenes.

“I reckon Edinburgh would be a good setting for more superhero battles, “Hulk Smash Trams” anyone?”

The Commando comics have entertained fans of action and adventure stories for generations since they were first published in 1961.

The imprint will be releasing four new adventures this month to commemorate the 70th anniversary of the Battle of Britain. 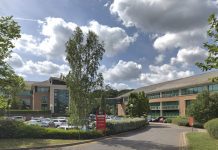