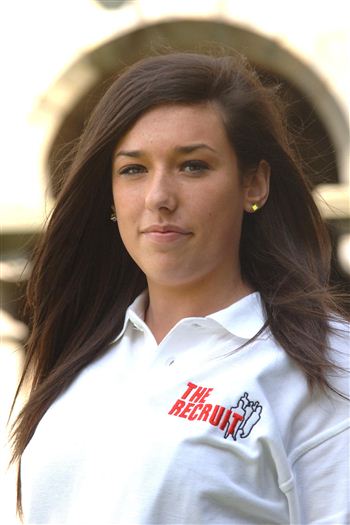 THE LUCKY winner of an Apprentice-style competition for a dream job at Connaught has seen her dream shattered as the firm went into administration – on her birthday.

Nicole Wilson, 17, left school for the job at the doomed property services firm, which called in administrators KPMG yesterday.

But determined Nicole has her sights set on finding a new job now that her chance at Connaught has gone bust.

Nicole, from Bishopton near Glasgow, said: “I’ve not heard anything from Connaught yet, but they kept putting back my starting date.

“I should have started on the 2nd September, but they moved it back a few times and it should have been today.

“But it’s gone into administration so that’s probably it.

“I wasn’t sure of the situation until I saw it on the news.

“I’m turning 17 today so I’m just starting out my career so it’s the ones at Connaught with families losing their jobs that I feel sorry for. 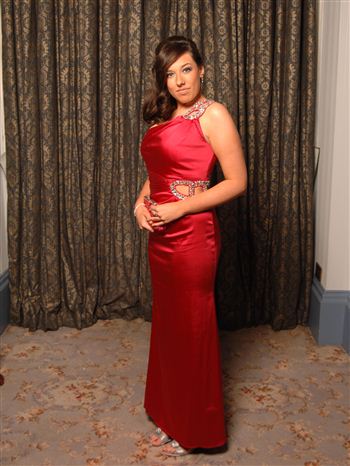 “I dropped out of school for this job, and I’m devastated that I’m not going to be working for them.

“However it would have been a bigger disappointment to lose my job if I had already started.”

Nicole was due to start working for the group after being crowned one of the winners of the scheme – dubbed “The Recruit” – run by Renfrewshire Council.

The competition saw Nicole crowned as one of seven winners out of 26 young people from the Renfrewshire area.

The winners were announced at a black-tie event hosted by Radio Clyde’s George Bowie, with Nicole being awarded a position as a Housing Liaison Trainee at Connaught.

However following the firm’s collapse, Nicole, who was a pupil at Park Mains High School in Erskine, is now desperately searching for other work, with the help of Renfrewshire Council.

Derek Mackay, leader of Renfrewshire Council, said that the council were currently exploring options for Nicole, and that a potential replacement position had already been identified.

Mr Mackay said: “We are looking at options just now for Nicole, but will definitely be ensuring that she doesn’t miss out on the opportunity she ‘won’ as part of the Recruit programme because of the Connaught situation.

“We have already identified an option and are looking into others so that we get a good prospect for Nicole.”

Nicole, who lives with mum Debbie, 48, and dad Fraser, 49, added: “Renfrewshire Council have been very helpful – they have been working hard for me to go and start somewhere else.

“I’m not going to go back to school because I have a taste of the working life, and I like working and helping people.

“The government has the country in a dreadful mess in terms of finding jobs, so if I got an offer for any job I would take it.”

Connaught announced that they would be calling in administrators on Tuesday night, leaving 10,000 employees fearing for their jobs, including 500 in Scotland.

The firm had been in trouble since June of this year after Government spending cuts led them to confess that they were struggling with debts of £220 million.