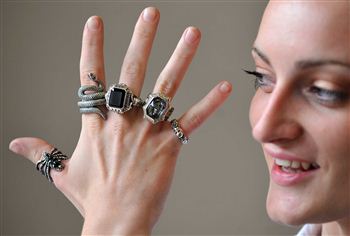 IGGY Pop fans knocked back a rare opportunity to take home some of the 70s pop sensation’s unusual jewellery, given to him at a rock festival in Japan.

Nine pieces were put up for auction today at Bonhams in Edinburgh, including rings, pendants, a cuff and a key-chain, featuring skulls, scorpions and snakes – but only three sold.

One of the items not sold – a chandelier design pendant – had been expected to bring in anything up to £500, but it did not reach its reserve price. 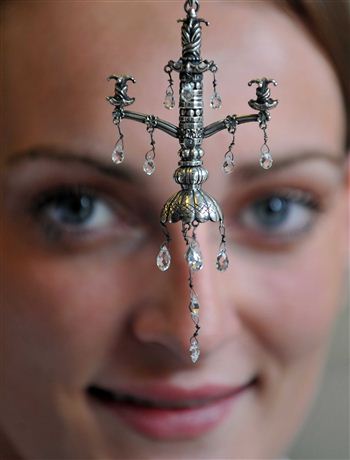 Bringing in the most cash was a scorpion design keychain, which had been estimated to go for somewhere between £250–350, and made £264.

Another two items went for £216 each, the first was a quartz, diamond and white sapphire ‘hidden’ scorpion design ring, expected to sell for £200-300.

And the other was a deer skull design pendant and a skull design ring, which had been given an estimated price of £200-250.

When Iggy Pop performed at Fuji Rock Festival in 2007, he was presented with the gifts – made by Japanese company TryGod – which were then handed to his live sound engineer as a tour memento.

Clare Blatherwick, Bonhams head of jewellery in Edinburgh, said: “Iggy Pop’s taste in jewellery was explored in the 2003 track ‘Skull Ring’ from the album of the same name.

“It’s clear his punk-rock image would suit these pieces exactly and I can completely understand why the Japanese company TryGod would think he’d enjoy owning them.

“There were nine pieces in the sale and estimates ranged from £200 – 300 for a quartz, diamond and sapphire ‘hidden’ scorpion design ring to £300-500 for the chandelier design pendant. “

The auction – which had been estimated to make more than £2,500 – was a major flop for the 60-year-old pop star’s reputation, with the total sale reaching just £796.

The American singer-songwriter is known as one of rock music’s greatest survivors, and his career has now lasted for over 40 years.

Famous for his uninhibited, anarchic stage presence, he has been credited as a key early influence on Goth music, and his most recognizable work is the 1977 album ‘Lust for Life’, on which he collaborated with David Bowie.