Primary pupil hit by car on way home from school 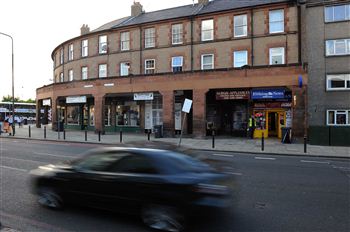 A PRIMARY school pupil had to be rushed to hospital today after being hit by a car on his way home from school.

He is thought to have head injuries and a broken leg after being struck by a red Micra as he ran across busy Gorgie Road in Edinburgh at around 3.45pm.

Luckily, the child was in a stable condition at the Sick Kids’ Hospital after the incident.

It happened as schoolkids gathered around News Plus newsagents on their way home from school.

Shopkeeper Tanvir Alam said that at first he had thought the kids were just making a “commotion” but soon realised it was more serious.

He said: “I heard a commotion outside, but at first I just thought it was the kids carrying on.

“Then one of my customers told me that a ten-year-old boy had been knocked down.

“They said he had crossed over the road to get a bus but realised he had no change and tried to run back across.

“He was hit by a red car, I think it was a Micra, and there was a woman driving it.

“The lollipop lady operates at the traffic lights usually – she came along to see what was going on.

“I could hear the boy crying, he must have been in some pain.”

Passers-by called the ambulance service and staff from the nearby Salvation Army hall came out to help until they arrived.

Today, a female member staff from the charity said: “They took out some blankets from the brownies group to keep him warm until the ambulance arrived.”

A motorcycle paramedic was first on the scene to assess the boy’s injuries and he was taken to the Sick Kids’ Hospital.

A spokesman for Lothian and Borders Police said that they were not treating the incident as a hit and run.