Edinburgh Italian serving up £146 a glass bottle of red wine

A NEW bar is offering well-heeled diners the chance to wash down their meals with what they say is Scotland’s most expensive Italian wine – costing a tasty £146 per glass. 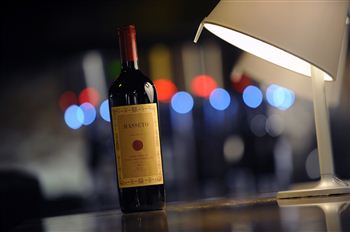 Sourced from the well known Tenuta Dell’ Ornellaia in Tuscany, it will only be sold as a single bottle from the menu at Divino Enoteca, an Italian on Merchant Street in Edinburgh’s Old Town.

He said: “It is a fantastic wine with great structure and longevity.

“The Tenuta Dell’ Ornellaia winery is renowned for producing some of the world’s finest and most sought after vintages and is the only place in the world to produce a Masseto of this quality.

“What makes the wine so rare and also so expensive is the fact there are so few bottles produced.

“As a quick comparison, a winery might produce 10,000 cases of house wine compared to just 1,000 cases of Masseto – making sourcing a bottle extremely difficult.”

He leads a team of 12 all selected for their knowledge of wine which includes a Toscana Masseto, this time from 2004, priced at £650.

Alternatively more thrifty diners could always try a 2002 Louis Roederer Cristal champagne which comes in at a mere £240.

The restaurant also claims to be the first in Scotland to use an Enomatic wine dispenser – a new technology which pumps inert nitrogen gas into already open bottles to preserve the wine’s freshness. 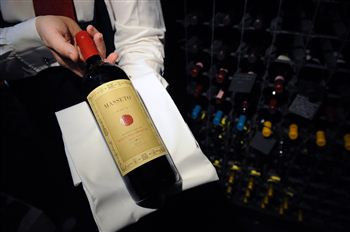 The most expensive wine in the world was thought to be a 1787 Bordeaux called Chateau Lafite bearing the initials of the third US President Thomas Jefferson, TH.J, which fetched a price of £104,000 ($160,00) on auction at Christie’s in London in 1985.

Moschino is selling a hamburger bag for an eye-watering £1,050