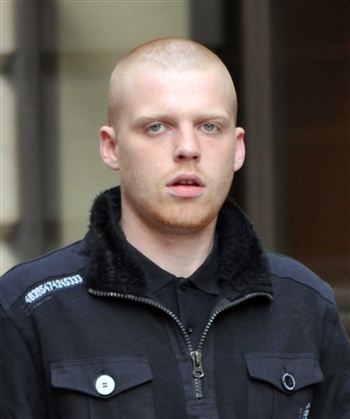 A DESPERATE thief tried to escape after stealing booze and dog food from a supermarket despite having the security guard clinging to his car bonnet.

Martyn Wilson, 23, drove through the car park of Asda in Edinburgh with Colin McLaughlin holding onto the front of his car.

After swerving and speeding up he managed to throw the guard of his car before driving off with his haul of beer and dog food.

Mr McLaughlin had approached Wilson and his friend after he noticed they left without paying for three cases of beer and two bags of dog food.

But Wilson refused to cooperate and got into his car to drive away.

The security guard stood in front of the car as he took down the registration number and Wilson started to drive at him.

Worried that he would be knocked under the vehicle, Mr McLaughlin jumped onto the front and clung onto the bonnet.

Even when Wilson started to swerve around the car park of the Asda at the Jewel, accelerating and braking, Mr McLaughlin still clung onto the car.

It wasn’t until Wilson reached speeds of 15 miles an hour that the plucky employee was thrown off the car and onto the verge.

Depute fiscal Melanie Ward told the court yesterday (Tues) that the bizarre chase started when Wilson was spotted stealing from the supermarket.

She said: “He was within the supermarket and, along with another, left the store pushing a trolley containing three cases of lager and two bags of dog food.

“It was quite clear these items hadn’t been paid for.

“The security guard Mr McLaughlin followed the accused and the other person out of the shop and towards the accused’s motor vehicle.

“Mr McLaughlin then approached the motor vehicle and the accused and asked if he had a receipt for the items.

“The accused said no, and he was then asked to accompany Mr McLaughlin back to the shop which he refused to do.

“Mr McLaughlin walked to the front of the accused’s motor vehicle to take the registration number of the vehicle and he wrote that on his hand.

“The accused started the motor vehicle and started to drive the vehicle towards him (Mr McLaughlin).

“He couldn’t get out of the way of the motor vehicle and jumped on to the bonnet to prevent, in his own words, his legs from going under the vehicle.

“He grabbed on to it as he feared he would be swept under the vehicle.

“Mr Wilson started to drive the vehicle whilst Mr McLaughlin was on the bonnet in an erratic manner.

“This was an attempt to loosen the complainer from his grip of the car and force him to let go and then obviously to drive off.

“Mr McLaughlin, fearing that he would be run over, didn’t let go. 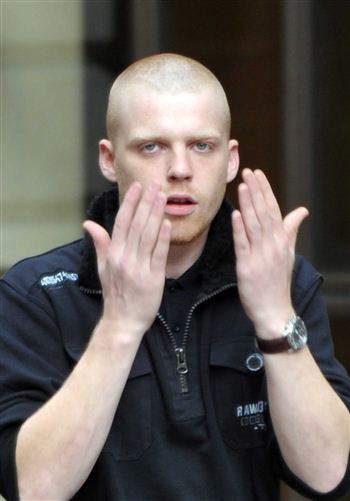 “He then started to speed up a little to about 15mph – he then changed direction once more which then forced Mr McLaughlin to fall off the bonnet and on to the road.

“The momentum of the fall led to him hitting a curb before coming to rest on the grass verge.

“He (Wilson) drove on through a no entry sign and was lost to sight. The police were contacted about 5.25pm.

She added: “Mr McLaughlin was seen to be hobbling and visibly shaken by his ordeal and had soreness to his legs for a few weeks.”

She also banned Wilson from driving in the meantime.