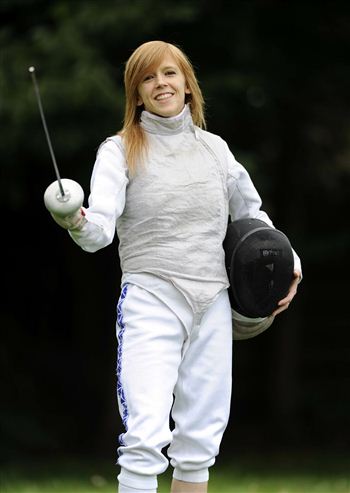 A WOMAN who had to have a partial liver transplant when she was just nine years old is getting to represent Scotland in a Commonwealth fencing competition.

Anna Burnett, 25, from Ratho in Edinburgh, spent most of her childhood under a blue light, after she was diagnosed with Crigler-Najjar Syndrome shortly after she was born.

The rare condition, which causes jaundice, left her without a vital enzyme in the liver used to breakdown the waste material bilirubin – which can cause irreversible brain damage if it is left to build up.

For almost 10 years Ms Burnett had to spend hours of her day under a blue light designed to break down the toxin and process her blood, with the amount of time spent under the light increasing with her body mass.

But – her life has turned around since then, as she has gone on to become the most successful transplant athlete of all time, with somewhere in the region of 60 gold medals for swimming and sprinting competitions.

And now she is gearing up to represent her country in Melbourne at the Commonwealth Fencing Open Championships.

The tournament is held separately but at the same time as the Commonwealth Games as fencing is no longer included.

Ms Burnett said: “It feels like such an achievement being able to represent my country in a mainstream international event, and not as a transplant athlete.

“I can’t wait to get going.

“I spent so long have to be in the house, under the lights, that when I was well enough to do sport properly, I just wanted to give it my all. 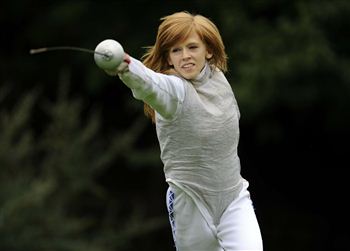 “As I got bigger I had to spend more and more time under the lights, because obviously I had more body mass, so it was from 7pm to 7am, and then I would have to come home from school at lunch time.

“It was quite restrictive and any time I spent outside was really special.”

At the time there were only full liver transplant operations available, and Ms Burnett says he parents were not keen on putting her through it.

But, when she was about eight years old things started to get difficult.

She said: “I was getting increasingly frustrated about not being able to go out.

“So when they heard there was now a partial operation, a graft, it was agreed I should have one, so I went on the waiting list.

“I waited six months and just before my tenth birthday I had the operation.

“I know my liver came from a little boy, but that’s all.

“When it was the tenth anniversary, I wrote to the hospital asking if I could send flowers to his parents and they passed on a letter.” 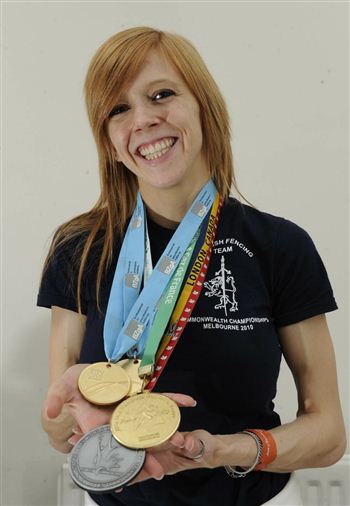 Ms Burnett, who will spend the rest of her like taking anti-rejection medication, said she knew straight away that she wanted to get involved in sport.

She said: “I was desperate to make up for lost time.

“It’s hard to say whether I would be so competitive if I hadn’t had my liver problem.

“All I know is that when I was well enough I felt so bored sitting on the sofa.”

After turning 18 she moved up to the adult games and concentrated on running, and two years ago at the European Games in Germany she scooped the 200m race and broke a World Record for the 400m.

But, after a while Ms Burnett said she felt as though she had taken the running as far as she could, and decided to opt for a change.

She said: “I had done some fencing at school and loved it, so when I was at university I joined the club.

“The coach there, Brandon Lim, said to me I could be in the Commonwealth squad, and I thought he was joking.

“I now train in London at least three days a week.

“I have broken into the top 50 and won silver in the Highland Open last year and I was third in the Scottish Fencing Open in January.

“I don’t know what to expect in Melbourne, but you have to go aiming for the top.”

Ms Burnett, who completed a course in fashion design at the Edinburgh College of Art and now runs her own dress-making business, said she is looking forward to the challenge that competing in a mainstream event will bring.

She said: “The Transplant Games are competitive, but there are people there doing it just because they can.

“In mainstream events though, everyone is competing to win.

“It would be amazing to represent Scotland in Glasgow at the next games.”

How to look after your dog’s sleep in lockdown